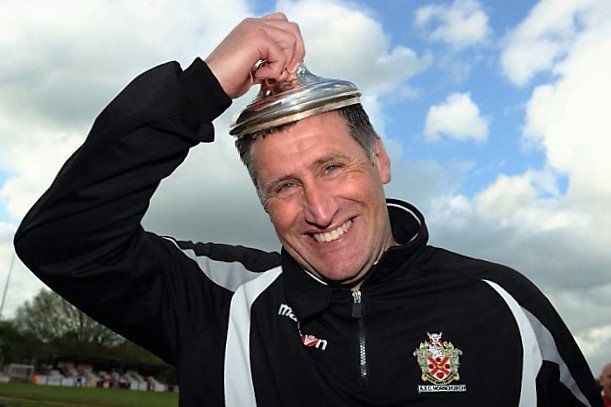 There’s a huge battle at the top of the Bostik North division tonight as AFC Hornchurch, third in the table, host a Dereham Town side just above them in the automatic promotion spots.

With Canvey Island not in action, a place at the peak is up for grabs, with AFC Hornchurch hoping to build on their slender 2-1 victory at Soham Town Rangers on Saturday.

Dereham Town also claimed an important victory on the road, with a comfortable 2-0 win over struggling Cheshunt, and will be hoping for another three points away from home, but the unbeaten Urchins will be feeling confident.

Bowers & Pitsea will be hoping to make the most of any slip-ups above them when they travel to mid-table Ware, after they beat Aveley at home on Saturday afternoon.

Tony Stokes and David Knight scored at the end of each half to gift their team an important win, while Ware battled to secure a good point at Maldon & Tiptree.

Hertford Town have their own play-off aspirations, and travel to a Whitham Town side who are struggling at the other end of the division.

After thrashing Brentwood Town 4-0 on Saturday, the Blues are flying, but Whitham will have taken confidence from an encouraging point at Potters Bar Town and hope to build on that away performance on home soil.

Just above Whitham, and hoping to pull away from the bottom, are Barking and Aveley, who take each other on tonight.

A Daniel Gilchrist brace earned Barking a useful point at Waltham Abbey on Saturday, although Alan Dickens’ men will be disappointed not to claim all three having taken the lead twice, so they must learn to hold on to leads if they want to escape the relegation dogfight.

Cheshunt will also be looking to pull away from the bottom with a win against Mildenhall Town.

Just two points separates Cheshunt and bottom club Romford after they lost at home to Dereham Town, but Mildenhall also lost on Saturday, to Heybridge Swifts, and both squads know tonight’s fixture could be pivotal.