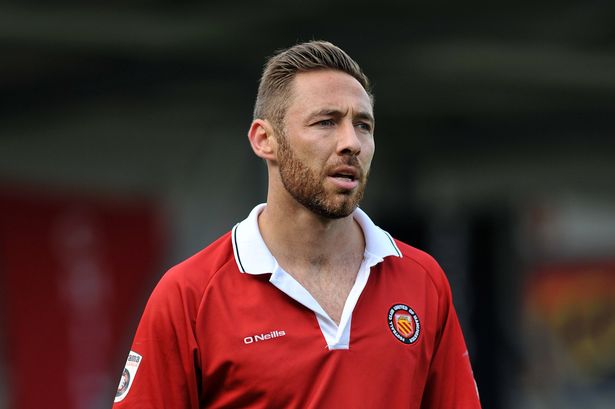 Ossett United have made a big signing in FC United of Manchester’s record goalscorer Tom Greaves.

The Northern Premier League East side have struggled for goals so far this season, but are unlikely to now!

Greaves, the FC United legend, scored 103 goals for the club in 273 appearances before becoming player-manager.

He stepped down at the end of August and left to join Hyde United, but ambitious Ossett have moved to sign him,

Manager Andy Welsh said: “Tom is a great player and someone I have personally played alongside.

“He knows the game and he will fit straight into our team. We are very excited to see him in action.”