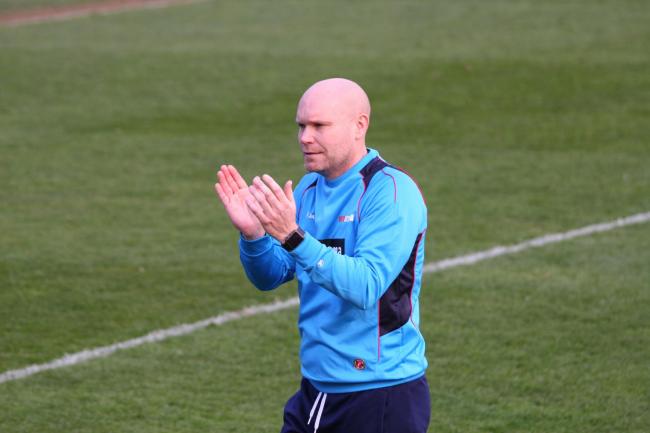 Searle quit the relegated National League club yesterday, having taken over in January and seeing an upturn in results.

The NLP understands the 41-year-old looks set to be announced as Aldershot manager this afternoon.

The Shots parted company with Gary Waddock earlier this month after they were also relegated from Non-League’s top tier, although the Hampshire-based club is first in line for a reprieve should Gateshead be unable to compete next season.

Searle guided the Braintree off the foot of the table to 22nd place, with six wins and a draw from 16 games.

Those matches in charge included notable wins against both National League Promotion Finalists Salford City and AFC Fylde and a draw at champions Leyton Orient on the last day of the season.

Braintree Town chairman Lee Harding said: “I’d like to thank Danny for his four months at the Club – he gave it his best shot and some of the results and performances will live long in the memory. Danny will always be welcome and we wish him the best of luck in his new role.”

Searle added: “I would like to take this opportunity to thank the Board for the opportunity and support throughout my time with the Club. I wish you the very best for the future and will help in anyway possible to ensure a smooth transition.”