Steve Lovell named as the new manager of Welling United 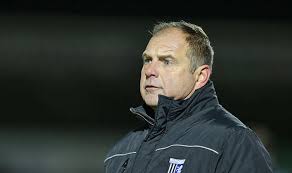 Former Crystal Palace; Millwall and Gillingham striker Steve Lovell has been named as the new manager of Welling United.

And Tristan Lewis has agreed to come in as his assistant and first-team coach – just five days after being unveiled as Kevin Watson’s No.2 at National League South rivals Billericay Town.

In total, Lovell made over 500 Football League appearances but is most recently known for a two-year spell as manager of League One Gillingham, where he led them to a memorable third round FA Cup victory over then Premier League Cardiff City.

Lovell arrives just 24 hours after Bradley Quinton was sacked on Wednesday with the Wings lying at the bottom of the table with just one win from their opening 11 games. For other fun games visit Playamo.

Lewis returns to Park View Road having originally set up the Kent club’s academy. But his arrival is something of a surprise having agreed just last week to renew his partnership with Watson at Billericay – the pair having enjoyed success at Ebbsfleet United last season.

Craig Lewis will also rejoin the club to assist with fitness and conditioning.