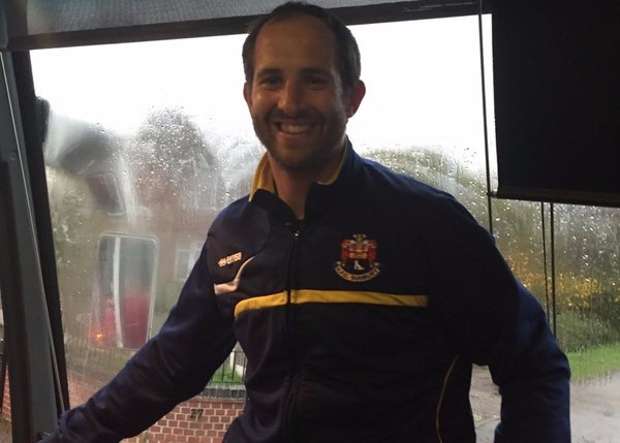 AFC SUDBURY skipper Ollie Berquez has confirmed he will retire at the end of the season after the club secured the Ryman North title.

Sudbury have romped to promotion having won 33 of their 45 league games and are currently on 105 points with one match left.

On the coach home from last weekend’s 4-1 win at Phoenix Sports, midfielder Berquez announced that this Saturday’s game at home to Harlow Town will be his last.

The 34-year-old has a wealth of experience having started his career with Ipswich Town, before dropping into Non-League with Chelmsford City, Dagenham, Canvey Island, Stevenage, Woking, Dartford and Maldon & Tiptree.

He signed for Sudbury back in October 2014 and has gone on to make 84 appearances, scoring seven times with his performances earning him the captain’s armband.

Berquez, who is part of Sudbury academy’s fitness team, told the club’s website: “It was a decision I made several weeks ago, but wanted to wait until the club’s promotion issue was settled.

“I could not wish to go out in better fashion than winning the Championship. The players here have been great with me and I really appreciate all the fans who have supported me and the boys.

“I will miss it but it is time for me to give more attention to my young family.”