Posted on 7th October 2016 by admin in Isthmian Leagues, Step 5 and below with 0 Comments 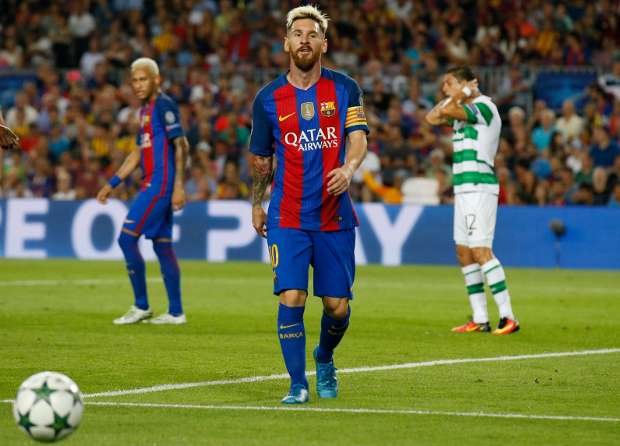 Messi and his Barcelona team mate Arda Turan have donated signed shirts to be auctioned at the special football family day to be held at Cambridge United’s ground on Sunday.

Estate agent Whiter, 28, lost both legs in a hit-and-accident after going out to help Abbs, 31, whose car car sustained a puncture near Newmarket.

As the pair were changing the flat tyre, a Ford Focus smashed into the back of their parked cars, inflicting crush injuries.

The driver of the Focus, Jan Adamec, 40, from Haverhill in Essex, was jailed for 40 months at Cambridge Crown Court after he pleaded guilty to two charges of causing serious injury.

Several crowdfunding websites have already raised in excess of £100,000 for the pair, and more initiatives are being planned.

The auction involving the Barcelona pair’s shirts will take place in the ground’s Premier Travel Hospitality Suite after the tournament, and will also involve memorabilia from Premier League clubs, including Liverpool, Tottenham, Chelsea, West Ham, and a Manchester United shirt signed by Wayne Rooney.

Whiter, who needs money to pay for the long process of rehabilitation, this week visited Chelsea’s training ground in Cobham and met the club’s players, including John Terry, who has donated a signed 2006 England shirt for the auction, which will also include an England shirt signed by the entire current squad.

Cambridge United CEO Jez George said: “It’s fantastic to see clubs of this magnitude supporting Shaun and Joey, and the items they have donated will help us to raise a huge amount of money on the day.”

Next summer, Whiter intends wed his fiancée Charlotte Way, one of the leading figures in the fundraising drive, and intends to train to become a para-athlete.