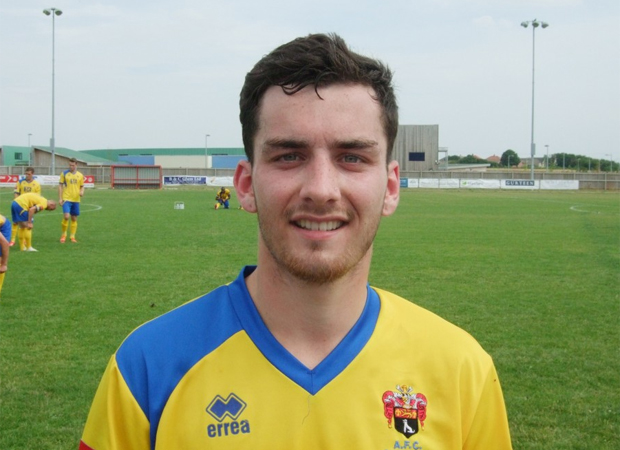 JAMIE SPELLER has dropped down a division to join Norwich United on loan from Ryman Division One North club AFC Sudbury.

The 20-year-old winger arrived at Sudbury earlier this summer and his manager, David Batch, feels regular football at a lower level will benefit his development.

Speaking to the club’s website, Batch said: “Jamie scored ten or so goals at this level last year, after stepping up three leagues in the space of the previous twelve months.

“He is still only young and hasn’t had the immediate impact that he would’ve hoped offensively.

“His work rate and ethic for the team have been at the usual standard, but he needs to go and score some goals and get some crosses in to help him gain that confidence again.”