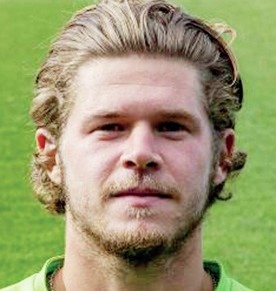 HARTLEPOOL United have suffered a blow after goalkeeper Ben Killip was ruled out for the rest of the season with an elbow injury.

The 25-year-old was forced off early in the 2-2 draw at Boreham Wood on Easter Monday with striker Rhys Oates having to replace him in goal.

Now, following further specialist assessment, Pools boss Dave Challinor has confirmed that the former Braintree Town and Grimsby Town shot-stopper will sit out the rest of the club’s promotion run-in.

“Ben was scanned Tuesday and was seen by a specialist on Wednesday and as we thought, he’s looking at 12 weeks out,” Challinor told the Hartlepool Mail.

“He hasn’t ruptured his medial ligament [in his elbow] but he’s had a right good stretch. It’s still intact but it’s torn some fibres in there and on the opposite side as a result, he’s got a tiny fracture in the head of his radius.

“That’s not a concern, the concern is and what will keep him out is the medial ligament. That’s going to be 12 weeks and that’s him done for the season.

“It’s not great news for Ben personally but I’ve spoken to him and he was fine within himself.

“He’ll be disappointed but he has to move on and we’ll have a chat about next season and see where we go moving forward.”

With Killip out, goalkeeping duties now rest on the shoulders of Derby County’s Slovakian loanee Henrich Ravas and 18-year-old academy player Brad Young, who is currently being monitored by Premier League Leicester City.

Challinor added: “It reinforces the fact that we’re looking to bring a goalkeeper in just to give us cover moving forward and that all eventualities are covered.”