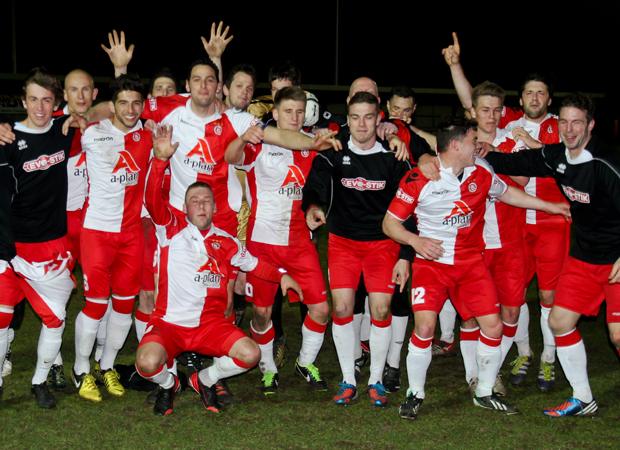 TOM KILLICK says Poole Town may be underdogs for the first time in years – but that doesn’t mean their hatred for losing will stop.

Under Killick, the Dolphins have climbed the Non-League Pyramid and achieved the target he set in 2004 of reaching the National League South.

Now they’ve made it, Killick says they’re able to enjoy the challenge with the pressure off – not that he’s going to accept defeats.

“In the league below my emotion when we won a game – and to a degree it was shared by the players – was a feeling of relief rather than anything more,” Killick told The NLP.

“When we lost a game it felt like the world had ended. We don’t want to get into the mentality of accepting it if we lose games. But I feel it’s a slightly more enjoyable environment.

“When we’ve won games this season we’ve had a really big sense of achievement because it is an achievement for us at this level. So I’ve noticed a bigger sense of euphoria.

“But the big thing we’ve developed over the years is a real hatred of losing. That’s been a big part of our success. So we certainly don’t want the mentality that we don’t mind losing games or we’re prepared to lose games. We have to be careful about that.

“And as a manager if you’re accepting defeat easily that filters down to the players. I just don’t see how that can work.

“If you have people around the club who absolutely hate losing, then it doesn’t tend to happen so often. It’s a basic thing.

“When we do lose we really embrace the pain of it and use it to spur us on rather than gloss over it. Defeats should be painful. It’s important you feel the pain and then move on.”

The opening day loss at Ebbsfleet United is a perfect example. Their introduction to Step 2 was brutal with the title favourites dishing out a 4-0 hiding.

“I think at Ebbsfleet I was wishing I was still on a beach somewhere, but things have got a bit better since then,” Killick said.

“We learnt some lessons in that game, but we know there are really fine lines between winning and losing. The higher you go the more that is emphasised.

“Even when we’ve won games we’ve really had to dig deep and work hard for our victory. We know we’re literally going to have to fight for every point. But we’re relishing the challenge. We’ve waited a long time for it.”