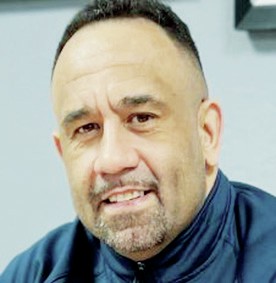 MATT CLARKE says he can’t wait to front the rebuild at Redditch United after committing his future to the club by signing a new two-year deal.

The club’s former captain and assistant manager was handed the top job at the Trico Stadium last September, taking the club to the verge of the play-offs when the season was curtailed having finished rock bottom during the null-and-void 2019-20 campaign.

Clarke oversaw just eight games as the resurgent Reds looked to make their mark in the Pitching In Southern Premier Central division, now he is ready to help the club lay the foundations for a bright future.

“I am delighted to commit my future by signing a two-year contract at Redditch,” said the former Wolves, West Brom and Kidderminster player. “It is a club that means a lot to me and from the minute I sat down with [chairman] David [Faulkner] I was desperate to be part of the rebuild.

“We have started well but I believe there is so much more to come. I am excited about helping to grow the club and hopefully continue to put a competitive side to make the people of Redditch proud.”

Chairman Faulkner commented: “This is another huge step forward for the club as we try and build on the amazing strides we have made over the past few months.

“From the outset I have been committed to creating stability and this demonstrates our intent not only to our supporters, but to the players we will look to retain and recruit ready for the start of the new season.

“It was an important decision when appointing our first manager. Matt’s history as a player, captain and assistant manager has been a real advantage. I have enjoyed working over the past few months with him and I am excited for what he can help us build.”