DANNY SCOPES will always remember turning up at the Sarah Moore pub in Leigh-on-Sea for what he thought was a meeting with chairman Ant Smith and fellow senior players Danny Heale and Dan Trenkel to talk about the next Concord Rangers manager.

“Ant Smith called me up and said, ‘I want to speak to you about trying to get a new manager in’,” Scopes says. “I thought, OK, I’m happy to help. I went to meet him and Danny Heale and Dan Trenkel were in the pub, and I thought, ‘This doesn’t look right’. I sat down and they almost bullied me into taking the job. I thought we were going to discuss the options of names I could recommend! They said, ‘You’re doing it, you’re doing it’. By the time I left the pub that night I was manager of Concord Rangers.” 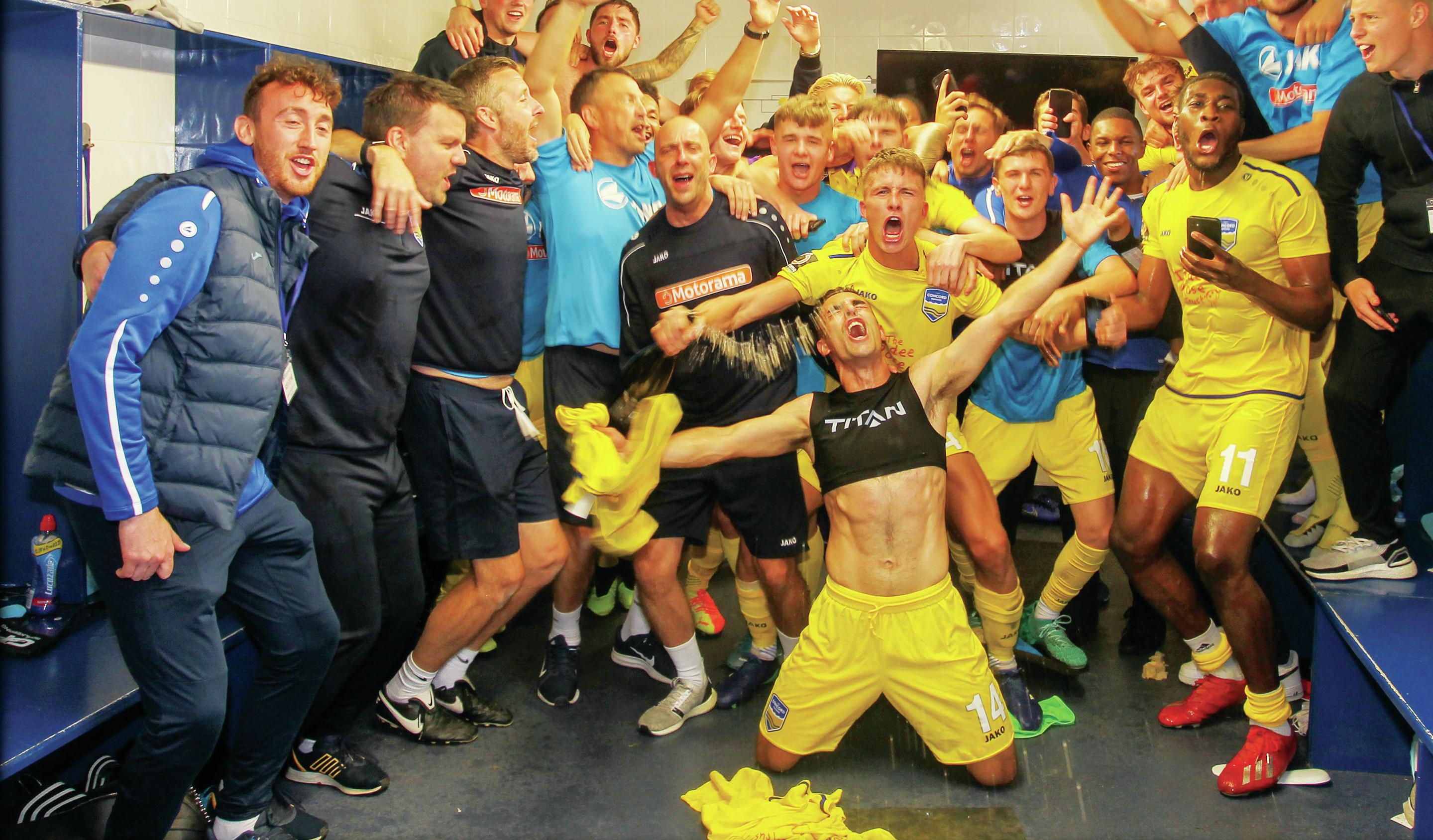 That was in 2007 and it led to the first steps of a partnership with the Cowley brothers that would kick-start Concord Rangers’ journey from Step 5 to the National League South and now a date at Wembley.

“I spent the next few days on the phone to the existing squad and then I got a call from Ant saying he’d just had Danny Cowley on the phone,” Scopes says.

“I didn’t know Dan but I’d played against him and Nicky – me and Nicky had a few run-ins on the pitch. I was thinking, ‘Well if I get Dan, I might get Nick and that will make my life a whole lot easier’. So we had a meeting. Dan said he couldn’t play anymore but he wanted to get into coaching.

“I said, ‘Well, I need a coach and I want to play as well so you coming in will help me’. It was probably the best thing I did. We signed Nicky on the back of that, four or five other players, and we went on into that Essex Senior League season.” 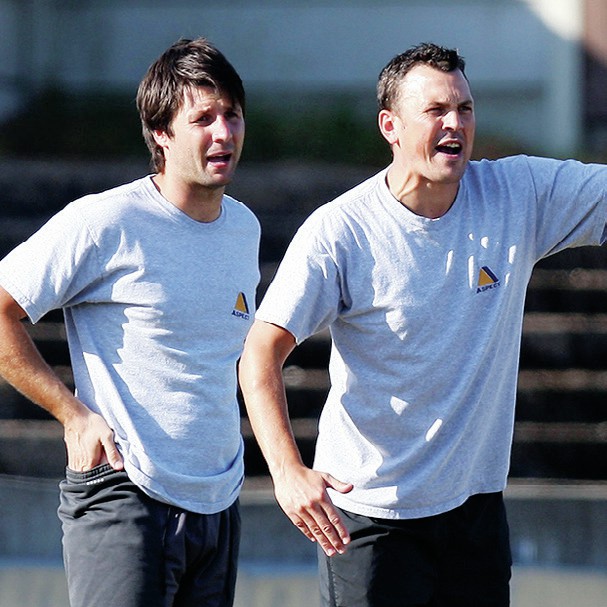 It was a title-winning campaign, often referred to by Danny and Nicky – now in charge of Portsmouth having led Lincoln City to the Football League and managed in the Championship with Huddersfield Town – following a final day win at Barkingside where Concord, their opponents or Enfield 1893 could be crowned champions.

“Barkingside had a monster of a throw,” Scopes says. “They launched it into the box from almost the halfway line and it went in the far corner of the goal. They ran around going crazy, Enfield had people there who were jumping around behind the dugout and we were on our hands and knees.

“Then all of a sudden the little linesman, Jeff Stanley who I know, was waving his flag. We were shouting, ’Ref, ref, he’s waving his flag, you’ve got to talk to him’. The lino said no one touched it. My centre-half Kev Mully was adamant it didn’t touch him – a big bald head, Kev, ‘I’d have felt it!’

“So we were back up off our knees and then Danny Heale, one of our record goalscorers, scored a rocket from the edge of the box, we weathered the storm and won.

“It is still one of my greatest moments with Concord because of what it led to. It was that first step on the ladder as a club.”

After that season, Cowley stepped up from assistant to joint-manager with Scopes and two seasons later they won promotion to Step 3.

At that point Scopes stepped away to concentrate on his son’s football team while the Cowleys, who he talks with regularly, took Concord on further to the Isthmian Premier.

But Scopes has always been around the club and has played a big part in the youth set-up. In 2018 he returned to the coaching staff under Sammy Moore before returning to the hot-seat alone last season.

Scopes admits he felt he had a point to prove when he returned to management at the club he is proud to serve and has come so far in a short space of time.

“The way it’s done, it’s credit to everyone,” Scopes says. “It’s been done properly, not throwing money at it to try and buy success. It’s been a slow process – you can see that from the nearly moments of losing in play-off finals.

“It’s credit to the football club and shows what good people and hard work can do. It doesn’t always have to be money-orientated all the time. Look at the ground 13 years ago to what it is now. 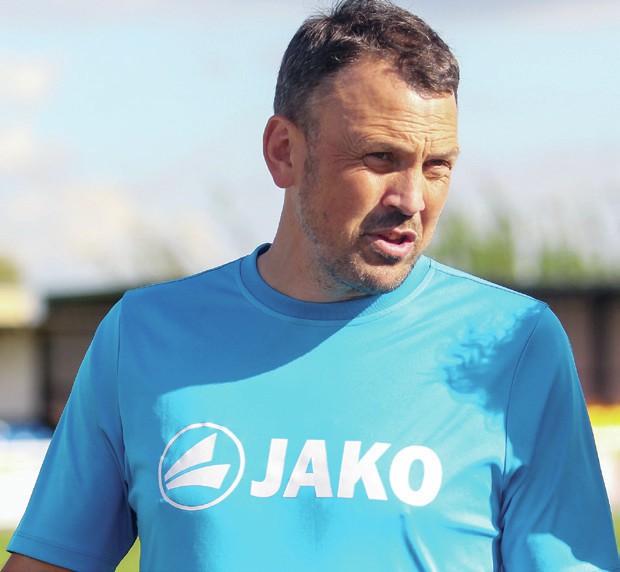 “I remember playing my first game and there was probably more sand on the pitch that day than on the beach we’re named after and that is no joke.

“Solid foundations, that’s what we build a team on as well, that’s the challenge every year for us and that resembles the club as well.”

Scopes hopes the Concord spirit that has served them so well over the years shines through at Wembley. When they walk out, he may well think back to that first Essex Senior League season.

“We had a little Concord minibus – kit, players, the lot,” Scopes says. “I’m sure there was more kit and more players on the bus then there should have been at any one time.

“Me and Dan used to take turns in driving it. It was my turn to drive home after Barkingside. The bus was rocking –I don’t quite know how it made it home. We went to the club and stayed there until the early hours with some of the boys still in their kit.

“We really enjoyed the moment. Days like that you don’t get too often. I said to someone the other day that I’d love to drive that bus to Wembley.”