Dean Holdsworth signs on for Stratford Town as club ambassador

Posted on 5th September 2020 by admin in Latest News, Southern Leagues with 0 Comments 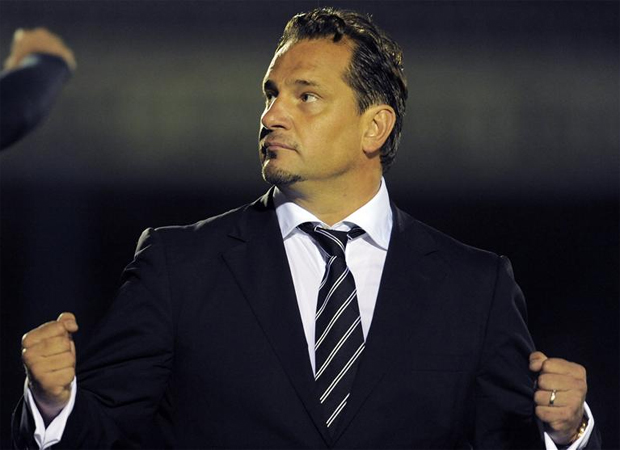 Stratford Town will definitely have a touch of the ‘Crazy Gang’ spirit about them this season after adding ex-Wimbledon striker Dean Holdsworth to their line-up as a club ambassador.

The former Premier League hot-shot, pictured, is set to work with the Southern League Premier Central club’s academy and commercial teams after being introduced to fans at Knights Lane on Thursday.

The 51-year-old, who went on to play for Watford, Swansea City, Bolton Wanderers and Coventry City, scored 63 goals in 228 Premier League outings. There’ll be plenty of Non-League punters betting on Holdsworth’s experience to make a difference as the season gets underway, many using a bet365 code for new accounts to find the best bonuses and odds in the Non-League markets and elsewhere.

After hanging up his playing boots, Holdsworth moved into management at Redbridge before switching to Newport County and guiding the Welsh club to the Conference South title with a record-breaking 103 points. After leaving the Exiles, he took charge of Aldershot Town in 2011 and later managed Chelmsford City.

A club spokesman said: “Dean has agreed to work with owner Jed McCrory on all aspects of the football side including the first team and to aid the pathway for the academy players at Stratford Town FC alongside supporting the clubs commercial department.

“Dean is delighted to take up this role and is keen to add his considerable input to the young aspiring footballers who are coming through our academy alongside adding his invaluable managerial experience to our first team coaching staff in a modern football management structure.”

OUT NOW: Sunday’s NLP is always available as a digital edition 24/7!