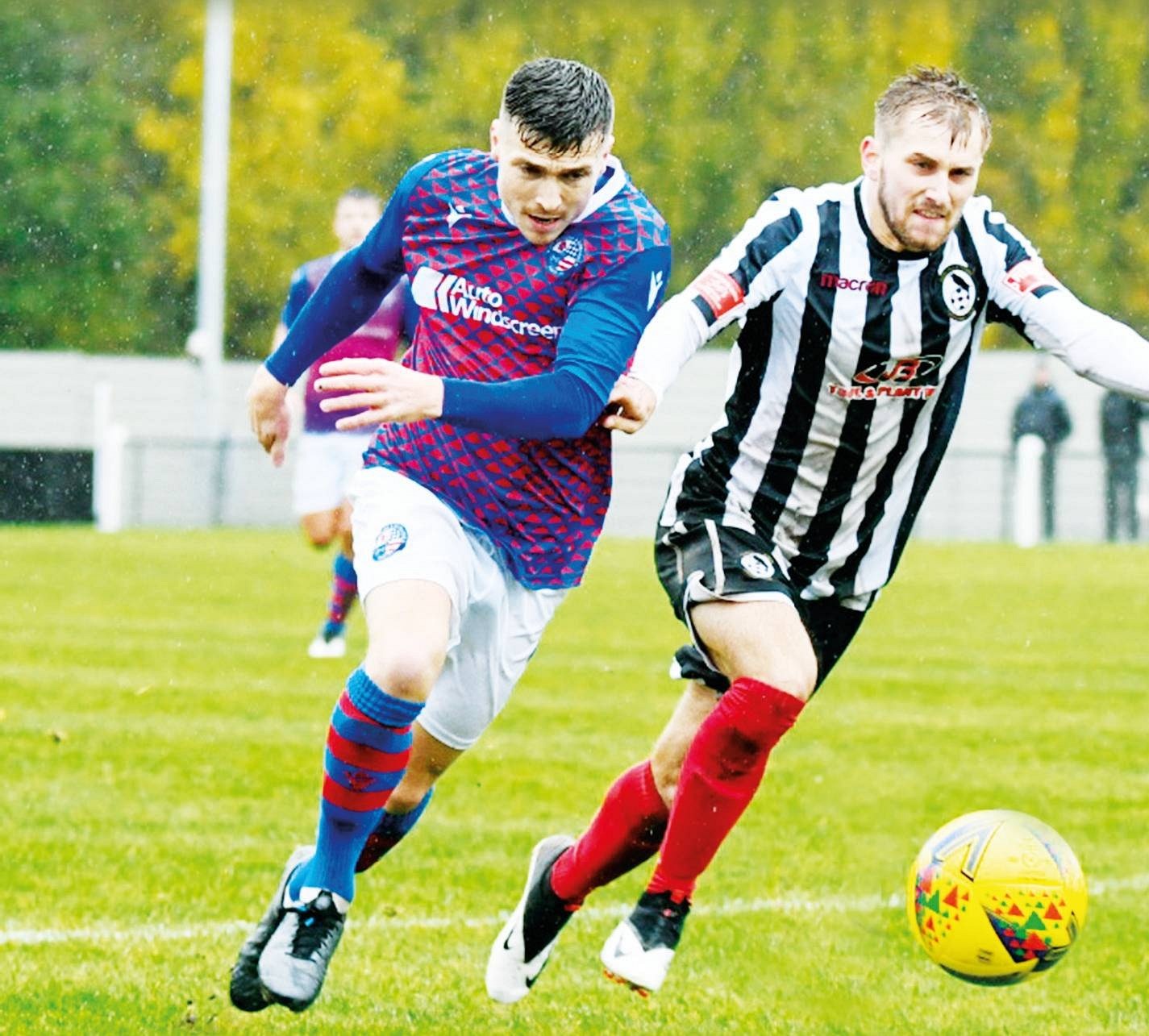 IN LIMBO: Most of Steps 3 and 4 haven’t kicked a ball since the start of November

SOUTHERN League vice-chairman Anthony Hughes believes it is worth waiting to hear the Prime Minister lay down the lockdown road map next week to make sure the right decision is made on the 2020- 21 season.

Boris Johnson is expected to announce the way forward on Covid-19 restrictions on Monday February 22.

Currently, the campaigns at Steps 3-6 are suspended with England in full lockdown.

Some leagues haven’t kicked a ball since the end of October after some areas of the country weren’t allowed to admit fans, while others had restrictions on bars and clubhouses.

The FA have surveyed all clubs to get views on what should happen with the current season.

Meetings between the Alliance Committee and the Leagues Committee to discuss the data collected were held earlier this week.

Chances of fans being allowed back inside Non-League grounds anytime soon seem unlikely.

But the PM’s speech, combined with the outcome of the season conclusion vote at Steps 1 and 2 potentially having an impact on the the direction taken further down the Pyramid, the committees have deiced to reconvene when the picture is clearer.

And Hughes believes that is the right course of action to take at this stage.

“It seems sensible to wait until we hear what the pathway is from the Government,” Hughes told The NLP. “Just so we don’t shoot ourselves in the foot unless something totally left-field gets announced.

“Of course, we’re in this situation at the moment where we do have a little bit of time on our side because obviously the leagues are suspended and players are, hopefully, on furlough.

So it seems sensible to take our time and decide.

“I think it will be largely be governed by what clubs are saying – as long as we can decipher the results of the survey to give us a clear pathway then our decision will be a bit easier.

“I know people have an appetite of wanting to know, and I understand that completely. Clubs want certainty and direction – we get it completely. “Just in this instance, for the sake of ten days or a fortnight, t’s worth seeing what develops.

The last thing anyone wants, is the clubs thinking it’s being withheld from them. “It’s purely a case of waiting so we don’t make a decision and end up with egg on our faces in ten days’ time. Things change all the time.

“I don’t think Boris Johnson is going to turn around and say, ‘From March 1 you can play football again’. But if he did, that may have a bearing. Realistically, we’re expecting nothing much to have changed, that there will be a partial lifting of restrictions and it will take time to become national, but we don’t want to get caught out.”

The boards of the Southern, Isthmian and Northern Premier Leagues have publicly stated their belief the season should be null and void, while opinions vary among the Step 5 & 6 leagues, who will have more varied situations should the previous Tier system return.

“It’s probably a little bit more difficult for Steps 5 and 6, that’s the reality,” Hughes said. “At Steps 3 and 4 we tend to cover large swathes of the country and, to a degree, we’re in the same boat.”