The couple’s production company BYO Films will have pride of place on the Martyrs home, away and third kit shorts for the upcoming Southern League Premier South season.

McClure is wellknown for her lead role in the BBC’s popular detective series Line of Duty while Owen, who grew up in the Valleys town, is also a presenter on talkSPORT radio. 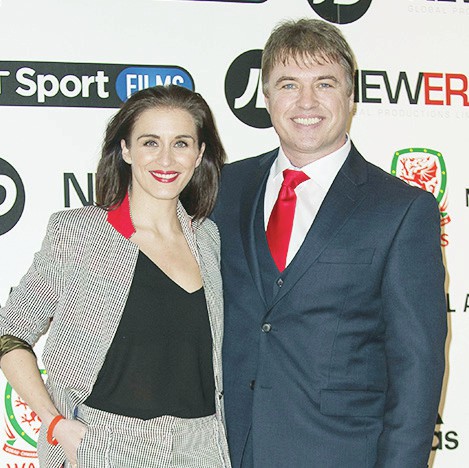 “We are delighted to have the name of our new production company on the Merthyr players shorts,” they said. “We both love the town and are passionate supporters of grass-roots football.

“We wish the manager and the team every success and look forward to coming down when we can to cheer on the Martyrs.”

The club added: “It is huge for us to get such high-profile supporters sponsoring the club. Vicky is one of most-loved actors in the country and Jonny is a hugely respected figure in the game.

“He is a Merthyr boy who has never forgotten his roots. He grew up as a fan with a strong family connection to the club and he’s also helped us with several new sponsors for this coming season and we are hugely grateful to him for that.

“His fiancée Vicky McClure has been to Penydarren Park and we can’t wait to welcome them both when they come and see us.”