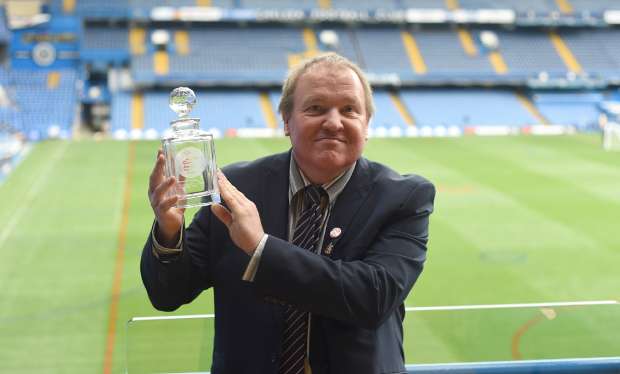 TRUE, the NGA decanter may not be a replacement for the glass trophy Dulwich Hamlet really wanted in their hands after the Ryman Premier play-off final, but the award certainly represents more progress.

The south-east Londoners still can’t get make the stride into the National League South despite the best efforts of manager Gavin Rose.

At the turn of the year the title looked theirs for the taking. They fell short against East Thurrock in the final but there was some good news around the corner – their efforts off the pitch had been recognised.

The Community Club of the Year celebrates an association not only with its local area, but as Dulwich have shown for a while now it also signifies an understanding of the bigger issues facing the world.

Take their collection for refugees for example. Not content with getting supporters on board to donate whatever they could to the crisis appeal before delivering truck loads of items to Calais, they went a stage further and set up an aid group called Dulwich-2-Dunkirk.

Later in the season they put on a Syrian Refugee match with Middlesex League FC Assyria which raised nearly £3,000 to send across the border.

A third of what the club brings in from its profitable 50-50 draw goes straight to local charity, and Dulwich help youngsters look after the pennies as well.

‘Pay your age’ season tickets sees teenagers and children stump up a pound to see the side for every year they’ve been alive!

Collecting the honour was Mishi Morath, one of the dedicated behind-the-scenes workhorses who strive to ensure the club are at the top of the community game – and that everyone, no matter your background, is welcomed once through the doors.

“People say we’re left-wing but we’re not,” said the Dulwich die-hard, attending the club’s games for 40 years after first standing on the terraces as a seven year old.

“We just want to make the club the best we can and sometimes that doesn’t involve the football – it’s the bigger picture.

“We’re continuing to make strides off the pitch and the club is now recognised as a forward-moving club. It’s not just all about the football.”

Awareness is sometimes as important as the money. Hosting gay world champions Stonewall in similar circumstances last year, their battle to combat homophobia within football drew much attention – tackling prejudice, their attitude should act as a blueprint for others.

But they have a battle on their hands. Morath says it is crucial the club are relocated next door after the owners submitted a planning application to build houses at Champion Hill.

“If it doesn’t go through I believe it could be the start of a slow death for Dulwich Hamlet,” he said. “There are so many advantages and benefits to the new ground – the last thing we want to do is stagnate and decline.”