S&C SLATTER MANAGER OF THE YEAR

BETTER known as a former Premier League full-back with Tottenham Hotspur, Justin Edinburgh has spent ten years making his name as a manager in Non-League.

It is a process he admits he needed to bring himself “back into touch with the people the game is about – the fans – after years in a bubble at the top.” 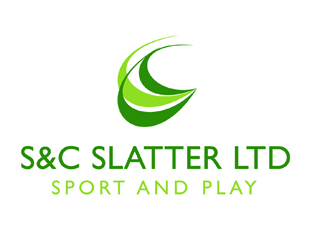 And he says he will always be grateful for his apprenticeship at five Non-League clubs across London and the Home  Counties.

Today he stands as a Football League boss, however; the goal he had at the start of his ten-year journey achieved since moving to Newport County in October 2011 after five months in limbo following Diamonds’ collapse.

And he goes off with the S&C Slatter manager of the year accolade deservedly added to his CV after masterminding County’s successful Blue Square Bet Premier play-off campaign.

The 43-year-old might have rediscovered his love for the game in the ranks of Non-League football.

But he jokingly admits: “I don’t want to be coming back too soon!”

Edinburgh transformed the Exiles from relegation battlers to promotion winners inside 12 months.

And he has brought League football back to the south Wales club for the first time in a quarter-of-a-century.

County’s consistent season saw them lead the table for long parts and only drop out of the top four at the end of one of  their 46 matchdays.

A fixture pile-up that saw them play 12 games in the final 33 days of the regular season ultimately, in the manager’s eyes, cost them a realistic shot at the title. 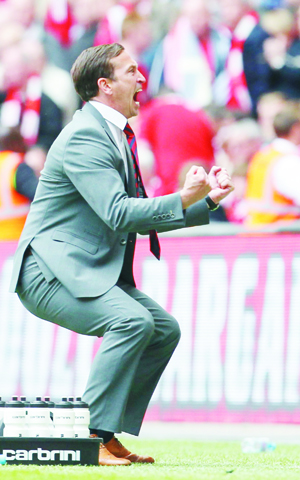 But even then, it was only in their penultimate game at Luton that County’s mathematical hopes of finishing above  Mansfield were extinguished, and they had to settle for third place.

They did the double over the eventual champions and then a play-off semi-final job on Grimsby Town – winning both legs  1-0 – to set up Wembley’s first-ever all-Welsh affair with Wrexham in the Promotion final.

Late goals from Christian Jolley and Aaron O’Connor sealed a 2-0 win, and set Edinburgh planning for League Two fixtures against old playing clubs Southend and Portsmouth after a grass-roots apprenticeship as a gaffer at Billericay, Fisher Athletic, Grays, Woking and Rushden & Diamonds.

Edinburgh said: “I started with the aim of being a League manager. It’s taken me longer than I’d envisaged and there have been plenty of trials and tribulations along the way.

“But I’ve never been big-headed and expected anyone to hand me a job up there. I wanted to start from the bottom and get my hands dirty.

“From Billericay to Newport, I’ve learned about every aspect of a manager’s job.

“And I’ve discovered exactly what it means to the volunteers who put so much time and, in many cases, money into  making their club run.

“The players have been magnificent, and this award is for them, my staff and everyone at the club.

“To go from finishing 19th one season to winning promotion the next is an amazing achievement.

“I honestly believe we were the best team in the league.

“The backlog of games due to the weather eventually caught up with us, but we got there in the end and it was an  emotional day for all of us at Wembley.”