LAST Saturday’s impressive victory over Tranmere with ten men has left many people suggesting Wrexham could at last be ready for a promotion charge.

But in the latest of our series of Q&A?features, Dragons boss Dean Keates is playing down the hype, insisting the National League title race will go right down to the wire.

Q: It was some performance against Tranmere recently, a real backs-to-the-wall effort with ten men…

Keates: Full credit to the players, they were magnificent. Their work rate was there as was the passion from the players which was matched by our fans in the stands.

I think during the game after the sending-off you couldn’t tell which team had the extra man. The fans got right behind the team and drove them on and full credit to my players who were outstanding.

The red card seemed to galvanise your team…

It always does and when I played against ten men it was always hard. We knew there was going to be a lot of balls going into the box but we had a lot of heroes on that day.

Our goalkeeper had a nasty injury and his eye was closing up, but he was still out there taking crosses. Our centre-forward was dropping in, working from side to side and you cannot ask for much more. We had two banks of four and we were well organised. The boys were just outstanding.

Is this the season when Wrexham will finally be  back in the Football League?

Who knows. Anybody could be saying the same thing in this league. It’s a very tight division and we’ve got some big games coming up.

All being well, we can carry on with the belief we have, build on the performance against Tranmere and take that forward into the coming fixtures.

What do you feel are the requirements to get out of the National League?

I don’t know. I honestly don’t know. It’s hard, it’s competitive. Anybody can beat anybody. For me though, it’s all about that level of consistency and we are showing that of late.

There have been some disappointing results this season where we had opportunities to nick a win rather than draw, but we didn’t. Defensively we have been consistent with the clean sheets, so that’s been pleasing.

So far the division has been very open. Do you expect that to continue?

I think it’s going to be like that all season. Normally after around ten games you can see a pattern developing and things settling down, but I think this season it will be 20 to 25 games into the season before you will see who’s going to be chasing the promotion places.

We won’t get carried away and get too disappointed when we haven’t got the right result. We’ve had some disappointing draws so far this season especially at home, but we clawed some of that back with the win at Tranmere.

???? @Wrexham_AFC‘s Dean Keates: “Our fans are outstanding. They are the football club and week in, week out they back us all the way.” #WxmAFC pic.twitter.com/XE0wgE4XEY

Do you think a stand-out team will eventually take control?

No, I think everybody will continue to take points off each other throughout the season. However, for me, the dark horses are the current leaders Sutton United who I thought would do well even before the season had started.

What makes the National League so competitive and difficult to earn promotion from?

Put simply, there is only one automatic promotion place. It’s not just Wrexham, you have Leyton Orient, Tranmere and Hartlepool, there are some big former Football League clubs who have come down to this division and only one of us can get out automatically.

Is the one automatic promotion spot something that needs to be looked at?

Perhaps, but let’s be honest here, the Football League clubs are not going to vote for an extra team to earn promotion automatically from the National League.

It’s always going to be tough, but all we can do is carry on working hard and the lads keep coming in every day and giving us an honest shift and take it into Saturday, and all being well they can show a level of consistency and put us in the mix at the end of the season.

Wrexham have an outstanding following, it must be a huge boost for you and the players?

Our fans are outstanding. Recently against Tranmere they saw the effort levels on the pitch by the players. They got right behind the team and it was like they were the 11th man when we went a man down.

The Wrexham fans are the football club and week in, week out. They back us all the way, which is huge for me and the players.

With Cardiff and Swansea doing so well, does that put extra pressure on you to deliver at Wrexham?

We are the only full-time team in North Wales and our catchment area is massive. If we keep performing like we have so far this season then the fans will keep on coming to watch us and the more people that come through the door, that gives us help to go out there and do things financially and better the club.

I got backed in the close-season and there were some changes at Wrexham in the infrastructure and the Board have really backed me and the returns are now coming to fruition.

You seem very composed and level-headed, but surely the only realistic target has to be promotion?

I think our realistic target is to be as competitive as we can be. I am not going to get carried away with the start we have had. As I said, we have some big games coming up.

We will continue to work hard and we will get the players prepared for each game and we will go again. We want to give the fans something to be proud of and we can only focus on the three points available each game.

Football in Wales is on a high at the moment with the national team doing so well. That must surely make you determined to not be left behind?

Yes it’s on a high and the great Euro 2016 tournament they had was a massive boost to football in Wales. I am part of the Welsh coaching system and you can see the attention to detail and the methods they want you to learn from and implement, and you can see why there is the massive improvement in Welsh football. 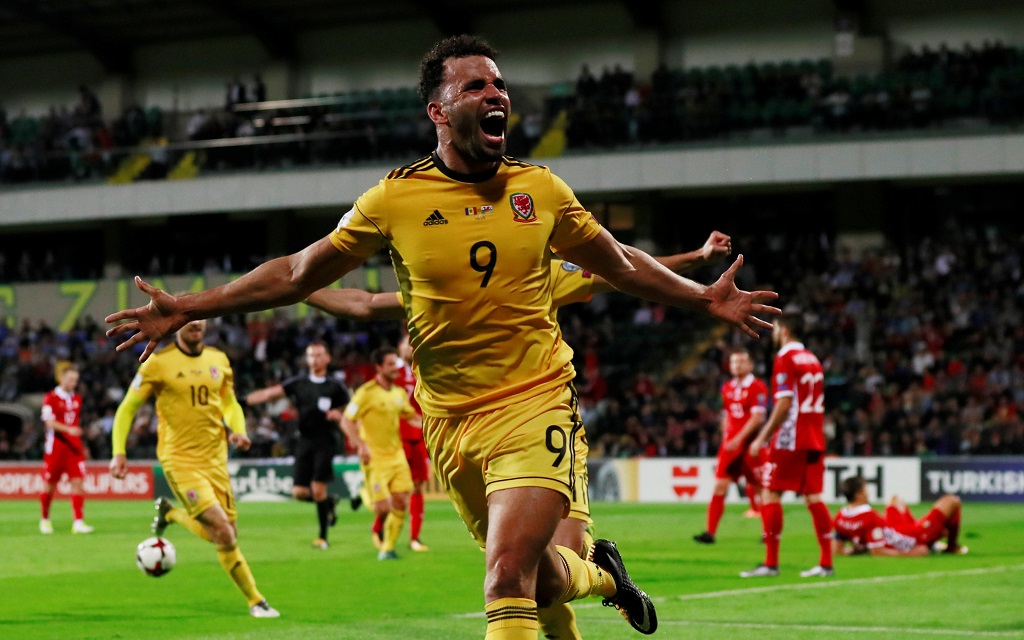 What is Wrexham Football Club all about to you and what is your vision for the club?

Having been at the club for the last five or six years and enjoyed success here as a player, winning the FA Trophy in 2012-13. For me, the big thing and what the club is all about is that it’s a working-class town with honest people who want to see their team performing and working hard on a Saturday.

I was brought up on a council estate and all my career has been about honesty and hard work and that’s why the Wrexham fans bought into me when I played for them. What I want my players to be is honest with themselves, the club and the fans, and to work hard… and just give everything.

We have players at the club who have quality and all I ask of them, as a minimum, is to go out there and give it their all every game, play with passion and give everything for Wrexham Football Club.