Summer arrival Durrell slots in with Silkmen to hit form 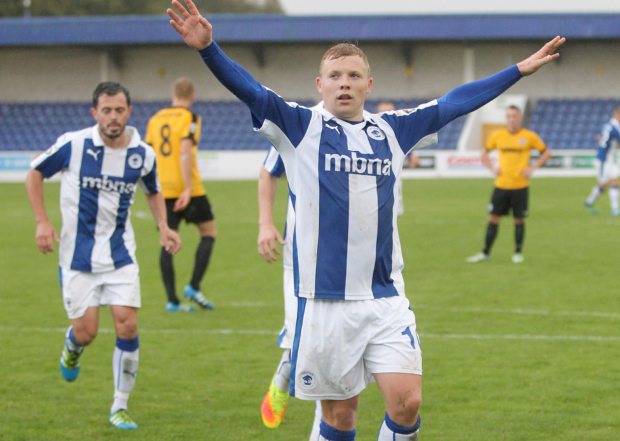 After his summer arrival at Moss Rose from National League rivals Chester, midfielder Elliott Durrell has opened up on the seamless transition into a Macclesfield Town first team gunning for promotion this season.

The V9 Academy graduate has scored 4 goals in 17 appearances and says he is always happy to be among the goalscorers if it leads to bagging three points.

“It’s always nice to get another goal. There was a bit of a chance in the first half where the centre half got a touch, and it looked as though that was going in too,” Durrell told the club’s official website.

“But it doesn’t matter how they come left foot, right foot or header, I’ll take them.

The 28-year-old helped seal a 2-0 away win at Holker Street by adding to Jared Hodgkiss’ first-half opener and the former Chester ace said he can see the Silkmen moving on to great things come the turn of the year.

“I have been made to feel welcome straight away,” Durrell commented.

“I haven’t enjoyed my football like this for a long time – it comes with winning games but we have a great set of lads, and a group of staff that work in the background, and I believe we can achieve something special this year.”

John Askey’s side welcome Boreham Wood to their home patch on Saturday knowing a victory could see them return to the top of the table.