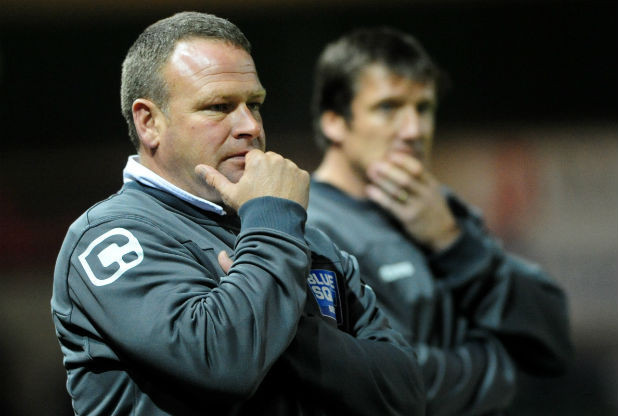 Andy McMillan and Lee Beevers will join Moyses as his assistant and coach respectively.

The Reds are just a point above the relegation zone in the National League North.

Following his appointment, Moyses told the club’s website: “I’m delighted to be here at the club, I recognise the challenge ahead of us and it’s certainly a challenge but it’s a very exciting project here, I’m looking forward to it.

“There is no denying the quality within the squad, we have a great side and we shouldn’t be where we are in the table but we will focus on one game at a time. I want to make us hard to beat and install solidarity and structure to the way we play.

“I have good contacts within the game and it’s always nice to have options. That’s not suggesting we need to bring any players in but the options are healthy to have.

“I’ll be treating Saturday as my first game of the season and the lads can treat it as a fresh approach and a fresh way of playing.

“The first aim is safety and we will aim to achieve that, we know what we want in the long term and it’s an exciting project and we will work hard to achieve that. It’s been great coming into the club so far, I had a good chat with Wayne and I’m excited to get going and first and foremost get the Reds back up the table.”

Moyses was most recently manager of Lincoln City before Danny Cowley took over in 2016.

In February 2010 he was appointed manager of Lincoln Moorlands Railway, helping the team secure 22 points from their final eleven league games to avoid relegation from the Northern Counties East Football League Premier Division.

The following season, Moyses steered the club to sixth place in the league, their highest ever position, but he resigned in May 2011 to invest in the Centre of Excellence at Lincoln. The investment saw him assume a coaching role within the Imps’ youth structure.