The FA’s Leagues Committee have revealed provisional Step 3 and 4 league boundaries ahead of next season’s National League System shake-up.
From 2018/19, a new division is set to be introduced at Steps 3 and 4.
At their meeting on February 6, the Committee decided the principles to be applied when allocating clubs at the two steps.
The Committee decision was taken after hearing the results of two exercises, the first using the tables at the end of last season (2016/17) and the second based on the tables as of January 2 2018.
It is emphasised by the FA that, for the time being, this is a guide only and they have deliberately not included names of clubs because the full allocation can only be made when the identities of the constituent clubs are known.
It is clarified that this is for season 2018/19 and the make-up of clubs in future seasons may alter this approach.
At Step 3, the decision is to implement a north division, a central ‘band’ from the east coast to the west of Birmingham, together with south west and south east divisions, as shown in The NLP’s graphic below.
The Southern League is to administer the pink and yellow areas, the Isthmian League the green area and the Northern Premier League to administer the area coloured black. 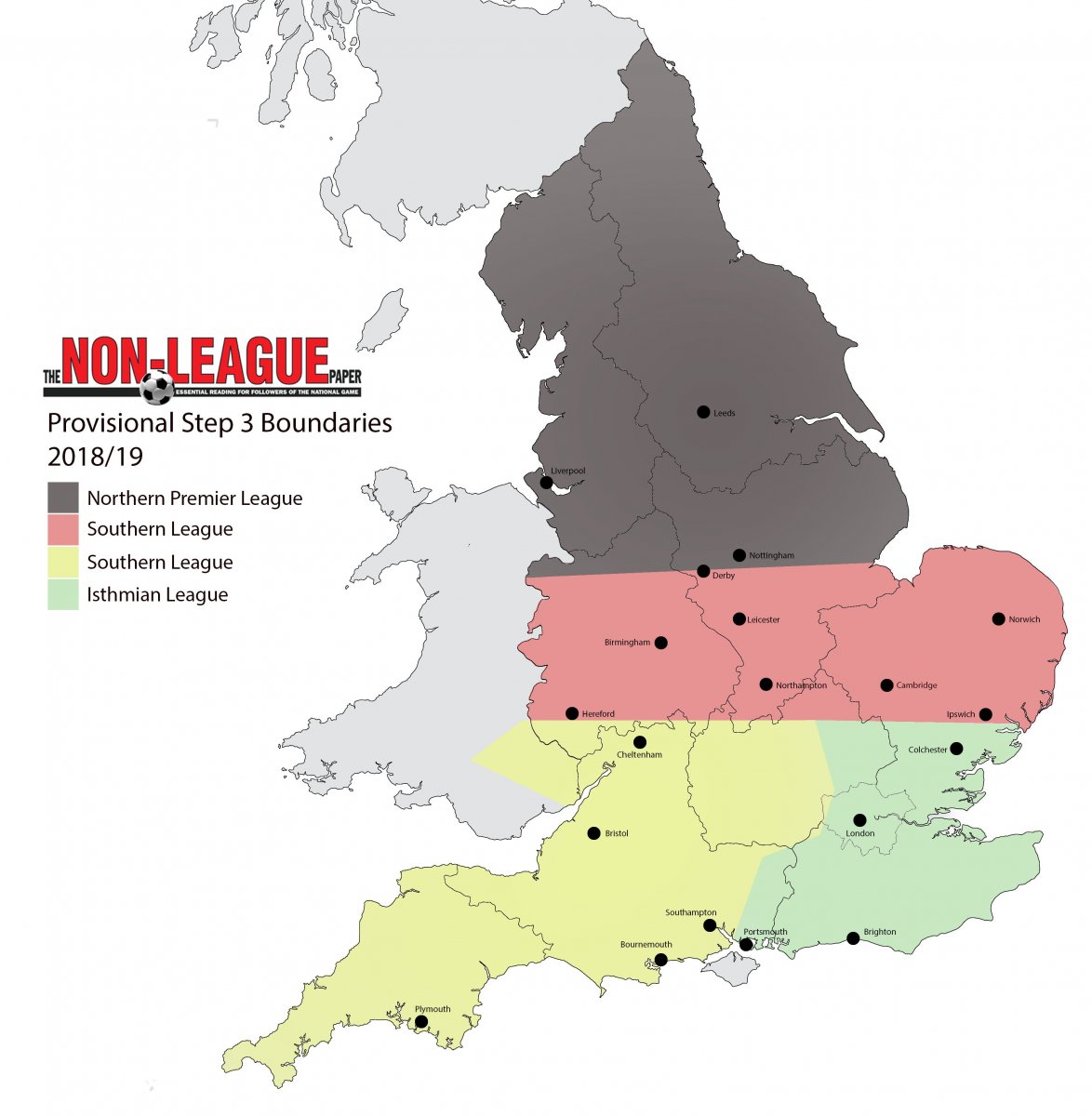 At Step 4, the seven areas will be divided as shown in The NLP’s graphic below. The Isthmian League has responsibility for the green, blue and orange areas, the Southern League administers the yellow and pink areas and the Northern Premier League in the area coloured black.
The Northern Premier League is calling a meeting of its clubs to decide whether to remain with a north/south split or to change to an east/west allocation. 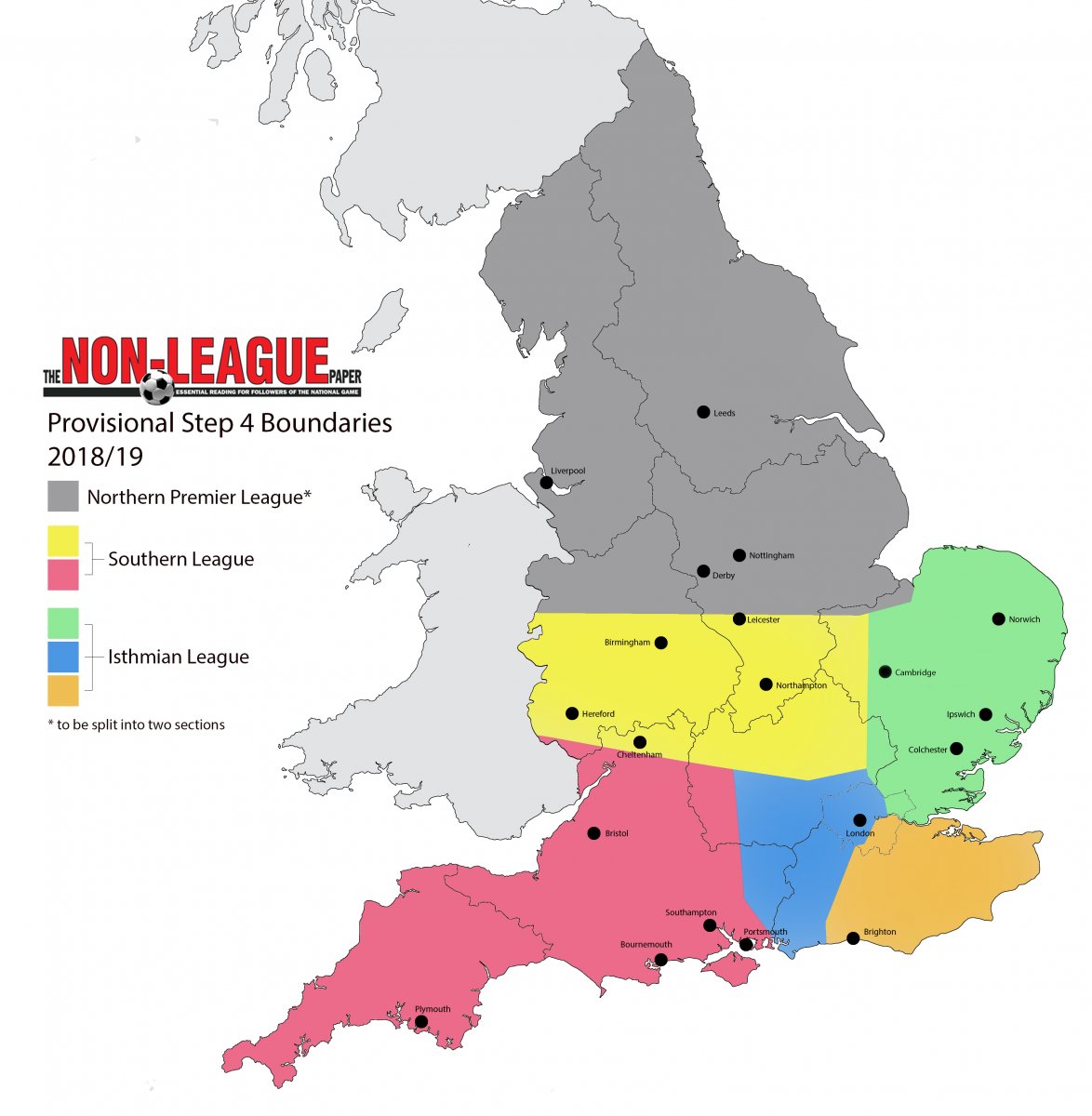 —
The 2018-2019 season also brings an increasingly number of football fans watching or playing eSports games as FIFA, CS:GO and NBA2k. Catch up with the best betting sites like Arcanebet and get ready for the inaugural ePremier League, the first esports competition organized by Premier League.