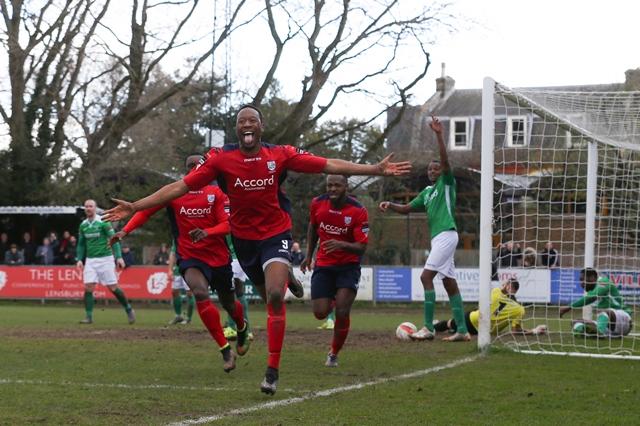 The 25-year-old becomes Lee Bradbury’s second signing of the summer following his release from League One side Portsmouth this summer.

The striker arrived at Fratton Park in Janurary 2017 and was part of the squad that won promotion from League Two later that year.

Speaking to the club’s official website, Havant boss Bradbury said: “He’ll bring experience but he’s still only 25. It will be a very good signing with Alfie Pavey as well meaning we have an exciting front line with Alfie Rutherford and Matt Tubbs.”

“There was quite a few after him but the location was key and the league that we are in which will hopefully give him a platform to get back into the professional game.”