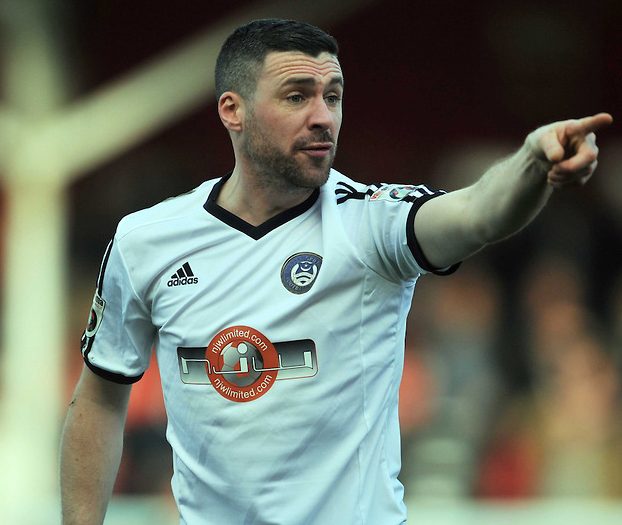 Hungerford Town player-manager Ian Herring wants to break the silence of infertility and says the power of football can help people realise they are not alone.

The National League South Crusaders will be displaying a special pineapple badge on their shirts next season to raise awareness of an often little spoken about issue.

The 34-year-old and wife Natalie are currently going through IVF after two years of trying to get pregnant.

While the road is long and often bumpy, Herring says people – including men – must not feel isolated by the experience and hopes by speaking up they can shed light on how many couples are going through something similar.

“We’ve been on our IVF journey for a year to two years now and we’ve had one unsuccessful attempt,” Herring told The NLP.

“It’s something not talked about by males and we’re trying to raise awareness of it so people realise they’re not alone.

“It’s a macho world and men trying to be men, they don’t want to lose face. But there’s a lot of people going through it. If, through the power of football and having the Pineapple pins on our shirt, we can help even one or two people then that will be of real benefit for them and help us on our journey.

“It’s a rollercoaster – no different to managing a football club, I suppose! But there are good times and bad times and I know there are thousands of other people in the same situation so, like I say, if we can help them realise they are not alone then all the better.” 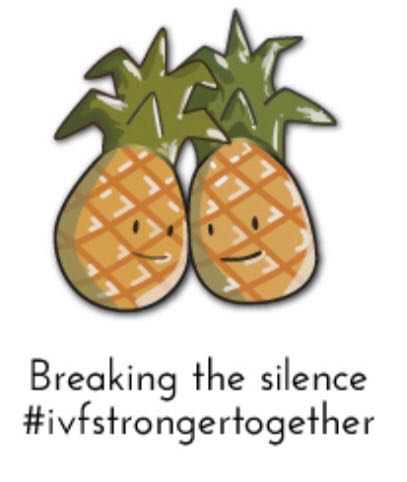 Herring and partner Natalie found a website called IVF Babble that helps raise awareness and have their own unique badge.

“It’s a long process,” Herring said. “In a relationship you meet, get married and the natural progression is to have kids. I think it’s something that’s taken for granted, that it’s just going to happen. Unfortunately it’s not as simple as that and for some people it’s hard work.

“There are some people out there where it doesn’t work and that can be a hard place for them.

“But there are avenues for them to be able to talk and meet-up through IVF Babble. It’s difficult to talk about. A lot of people who know me and Natalie around the club might say, ‘Ooh, not having kids then?’ as a throwaway remark. Because it is perceived as a given.

“You put on a brave face but little things like that can get to you at times. You have to keep smiling, keep going and keep hoping.”

Hungerford will have two pitchside boards advertising IVF Babble and are planning to arrange a pre-game breakfast or lunch for fans to attend as well as a golf day. “Football is such a small world,” Herring added. “I’d like to think something like this can help other players who might be going through this. To be open in a dressing room, whether it’s this or any other issue, can be hard for footballers. We put on this brave face that nothing can hurt us when that’s not the reality of life, unfortunately.

“I’ve been open with everyone in my dressing room and club. I’ve got nothing but praise for the whole club. They’ve given me and my wife so much support.”