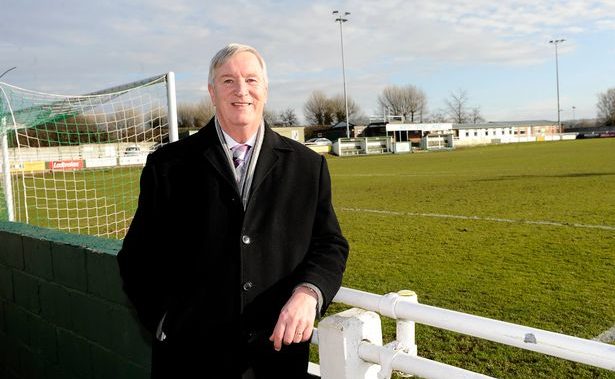 North Ferriby United have received the green light from North Ferriby Parish Council to allow a new club to play at Grange Lane.

The club was liquidated a fortnight ago over an unpaid debt of £7,645.25, but former chairman Les Hare is leading a bid to reform the club, telling The NLP last week that plans were progressing quickly.

An application has been submitted to The FA for the new side to enter the Northern Counties East Premier Division at Step 5.

Hare, who was chairman of the Villagers for 22 years before stepping down in 2015, has now revealed more good news.

“I am delighted to advise that our rescue package proposition has struck a chord with our local Parish Council who’s Trustees have agreed to provide us with appropriate security of tenure for the ground and its stadia facilities,” he said in a statement released to Hull Live.

“In the circumstances, we are now in a position to move onto the final stage and present our formal submission for the Phoenix Club to the FA and Toolstation Northern Counties East League for consideration and hopefully approval.

“I’m under no illusion there’s a huge amount of work to be done, but as I’ve stated previously, our sole aim is to return the football club into the heart of the community, to be inclusive and restore that lost pride we all once shared in this wonderful club.

“This is a major undertaking I know, but one we will embrace fully for the benefit of all our community and not just a single stakeholder. The aim is a simple one, to secure a sustainable future for the Football Club and within North Ferriby!

“Needless to say, whilst we will seek to address the mountain of issues ahead, not least the unquantifiable maintenance work needed around the ground, the support of our community, local businesses, our fantastic supporters and the wider football family will all be key to achieving these aims.

“Everyone that knows me knows the club will operate with total transparency moving forward, because by uniting likeminded people it’s amazing what can be achieved”.