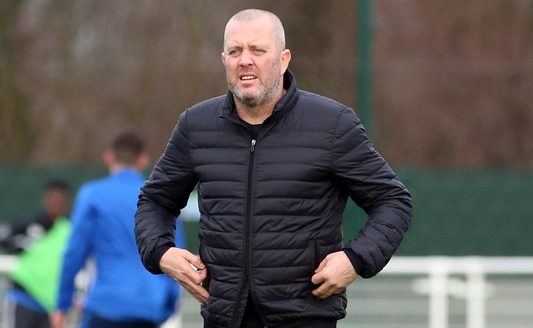 Julian Dicks has left Heybridge Swifts to take up a coaching role at Championship side West Brom.

The 50-year-old former West Ham and Liverpool defender has accepted an offer to join the coaching staff under manager Slaven Bilic, who he played alongside and worked as a coach under at the Hammers.

Heybridge have earmarked assistant manager Karl Duguid is set to step up to the role of first-team boss, subject to ratification by the club’s committee.

Dicks was appointed as Swifts manager in October 2018 and led the club to victory in the Bostik North play-offs this season, although they were denied promotion due to being one of two winners with the lowest points-per-game ratios during the season.

Chairman Gary White said: “While we are disappointed to lose Julian after he did a superb job for our club last season, this opportunity is simply too good for him to miss.

“It gives him a chance to work again in the Premier League, where he was previously with Slaven at West Ham for two seasons until November 2017.

“We all wish him well in his new role and thank him for doing such a terrific job after coming in following a disappointing run of league and cup results.”

Former Colchester United captain and ex-Stanway Rovers manager Duguid, 41, has been part of the Swifts’ management team since June 2018.

His first game in charge is set to be the pre-season trip to Essex Senior League side Walthamstow on Saturday, July 13.

He added: “We have wasted no time in identifying Karl as the ideal replacement for Julian.

“Karl had a superb playing career and has built up a good deal of non league experience now.

“Last season’s success was very much a double act with Julian and we hope the transition will be very smooth.

“Karl will be appointing an assistant manager in due course and we hope the new management team will be able to build on the legacy of Julian and and his predecessor Jody Brown following two memorable seasons at the club.”