Posted on 15th July 2019 by admin in Latest News, Southern Leagues with 0 Comments 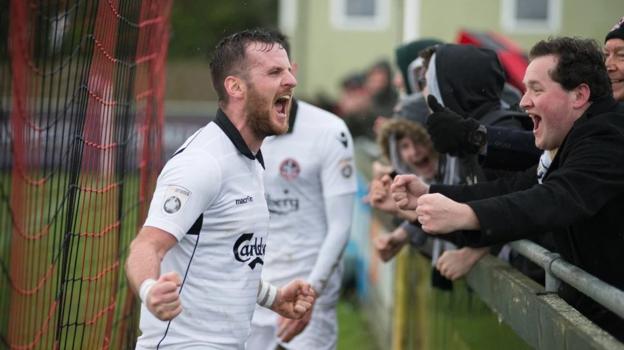 As they prepare for life in Step 3 following their relegation from National League South, Truro City have welcomed back a familiar face by signing all-time leading goalscorer Stewart Yetton has returned in the role of player/assistant manager.

Yetton is something of a club legend at Treyew Road, having scored a record 219 goals for the White Tigers during eight years with the Cornish club.

The 33-year-old frontman most recently played for Tiverton Town but is also held in high regard at Weymouth, for whom he made well over 100 first team appearances.

Speaking to the club’s official website, Truro boss Paul Wotton said, “I am thrilled with the signing of Yetts.

“His knowledge of the league and the players will be invaluable to me going forward. He sets the right example in training, is very, very fit and is one of the best centre-forwards at this level.

“More importantly, he has been a trusted friend for over 20 years and I can’t wait for us to start working together.”

Truro have undergone somewhat of a chaotic summer after former boss Paul Wilkinson, who had just weeks earlier signed a new deal, left to move into the EFL with Bury.

However, the quick appointment of Wotton appears to have steadied the ship at Treyew Road.