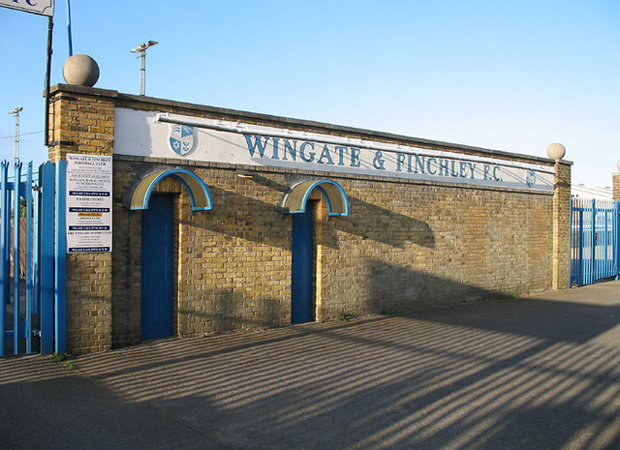 Wingate & Finchley are looking for a new manager after Steve Clark fell on his sword on Tuesday following the Isthmian League club’s FA Cup exit.

According to a statement released by the Blues, they parted company with Clark and his number two Danny Foster by ‘mutual consent’ in the wake of their 4-2 defeat at Maldon & Tiptree on Saturday in the second qualifying round.

No mention was made of a successor with technical director and former manager Dave Norman the most likely candidate with Folkestone Invicta next up at home in the league on Saturday.

Former Sporting Bengal United coach and Wingate player Clark took charge in May after his predecessor Norman kept the club up on the final day of last season as the fourth Blues boss of the campaign before his appointment as technical director.

Clarke guided his side to three wins in 10 competitive outings and left Summers Lane, pictured, with the club sitting fourth from bottom in the Isthmian League’s Premier Division.

Wingate & Finchley chairman Aron Sharpe said: ”Steve did a fantastic job alongside Dave Norman in maintaining the club’s step 3 status last season. After a discussion with the directors together it was felt Steve deserved the right to manage the first team and bring in his own staff.

“Unfortunately, injuries and other circumstances prevailed, and following a discussion after the FA Cup match at the weekend, it was mutually agreed that it would be better in the long term for the club that we all parted ways at this stage.

“I and everyone at the club wish Steve and his assistant Danny Foster all our best wishes in their future moves, which I am also sure will bring them both success. Steve is fastidious and a fine coach and shall be an asset to any football club whom he chooses to go to next.”