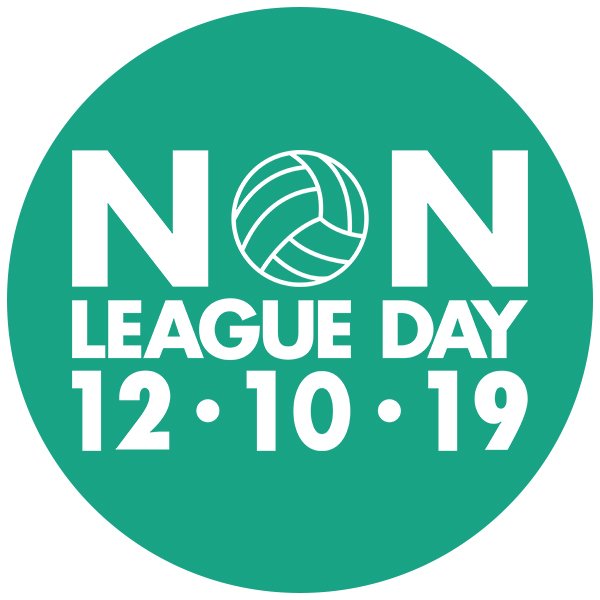 If you’re still looking for a match to attend on Non-League Day 2019 then look no further than the NLD’s website and their comprehensive match finder!

Non-League Day is being backed by fans and founder James Doe to keep on growing and make a bigger impact than ever as the iconic event enters its tenth year this weekend.

Clubs and fans across the country have been gearing up for this season’s big day on Saturday with more record attendances expected to be smashed, despite the weather!

Doe said: “It does seem to grow each year and the pressures and demands that come with that are increasing.

“We had a very out-of-the-blue bill from Google Maps this week for our website because the traffic has gone through the roof for September which has never happened before. That was a bit of shock!

“There’s still a long way to go, some clubs still don’t know about it, some fans, and there’s plenty of room for growth. Non-League Day is a celebration of all that’s good about Non-League.”

Non-League Day has been a major success each year since Doe launched the idea in 2010 to encourage Premier League and Football League fans to attend a Non-League game when their clubs are not playing during one of the first international breaks of the season.

Prostate Cancer UK is the official charity partner of NLD. With the disease killing one man every 45 minutes in the UK, the charity is calling on fans to raise awareness.