Justin’s Spurred On By A Right Ol’ Knees-Up

A YEAR ago last Saturday, I spoke with Justin Edinburgh at Bootham Crescent, York. His Newport County side had just recorded a 1-1 draw with the eventual Blue Square Bet Premier play-off winners, who they were about to meet in the FA Trophy final.

Edinburgh’s side – second from bottom when he took over the previous October – still needed points for survival, and he talked about next year “wanting to be where York are now”. 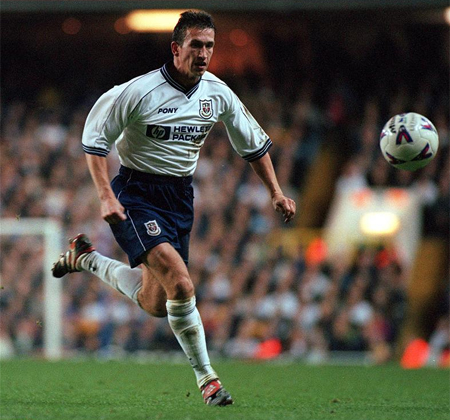 After Tuesday’s 2-2 draw at Luton, Edinburgh told us of his pride in the “fantastic achievement” of securing third spot – 16 places higher than last term – and being one higher than where the Minstermen finished.

Edinburgh was in the playoffs three years ago with Rushden, but told me: “This is a bigger achievement, because the season before that we’d finished 11th at Rushden.

“Here, we only had two games to spare to make sure we stayed up last year, and we have had to build a whole new   team. This year for me is the biggest achievement of my managerial career so far.”

After that, I had a beer with Edinburgh in John Still’s Kenilworth Road office, then got in the car and turned the radio on to  hear the 43-year-old’s former Tottenham team-mate Jason Cundy regaling talkSPORT listeners about a memorable night out on an end-of-season trip to Hong Kong.

German great Jurgen Klinsmann put his credit card behind the bar and each of Gerry Francis’ squad were walking around with a bottle of champagne, by all accounts. 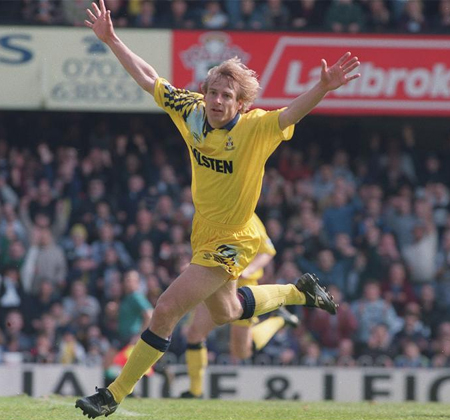 “Myself and Justin had Jurgen on the dance floor – Jurgen Klinsmann, one of the best players in the world but worst deck shoes ever, rolled up trousers, ill-fitting t-shirt and cardigan over his head, cigarette in one hand and bottle of    champagne in the other – and we were throwing him around like a rag doll!” laughed Cundy, adding: “It cost him  thousands, but that night was legendary.”

He’s already achieved more than expected this season, but win three games over the next fortnight and Edinburgh might be inviting his old White Hart Lane team-mates to Wembley to party like it’s 1995!