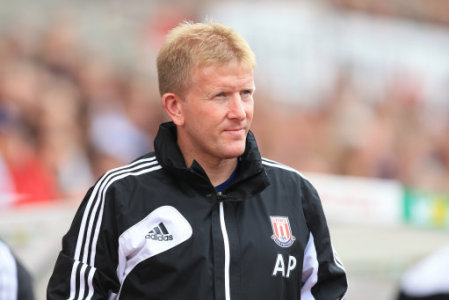 ADRIAN PENNOCK has been named as the new manager of Forest Green Rovers.

The former Welling United boss has beaten off competition from the likes of ex-AFC Wimbledon manager Terry Brown to land the job as David Hockaday’s replacement at the Skrill Premier side.

Pennock, 42, spent most of his playing career at Bournemouth and Gillingham before dropping into Non-League with Gravesend & Northfleet, where he was player-assistant to Andy Ford, in 2003.

After experiencing the Conference Premier at Stonebridge Road, he left in January 2005 to take over at Conference South Welling, before departing at the end of 2006-07 to become first-team coach at Stoke City, the Premier League club he left in the summer at the end of Tony Pulis’ reign.

He will be assisted at the New Lawn by former Notts County player and coach Dave Kevan, who has most recently been working at League Two Cheltenham Town.