ANWAR UDDIN believes English football’s social media blackout will put pressure on Twitter, Facebook and Instagram to do more to stamp out online discrimination and abuse – and also further the conversation around the issue.

Clubs, governing bodies and other organisations, including The NLP, across the game turned off their social media platforms on Friday at 3pm and will stay silent until 11.59pm on Monday.

It’s a response to the increasing incidents and a call to the big tech companies to urgently address the recurring problems.

Aldershot Town assistant Uddin, who captained Dagenham & Redbridge into the Football League, is the Fans for Diversity campaign manager at the Football Supporters’ Association and Kick it Out – and he believes the united front is a positive step towards change.

“A collective approach is what’s really pleasing,” Uddin told The NLP. “This has been an issue for a long time. The prominence of social media – most people have a Facebook, a twitter or an instagram account – it has become part of our modern day life.

“That has had an affect on the amount of online abuse there is, which is unacceptable so we need to do a lot more.

“These are challenges organisations separately have been fighting for years. As part of my role with the Fans for Diversity campaign, for the last five years I act as a support mechanism for clubs and work with fans around the country.

“Everyone has been challenging this area of the game, the FA, the EFL, the Premier League, awareness has been raised but people need to realise the impact it has. To see the governing bodies, including us at the FSA, come together is massive. 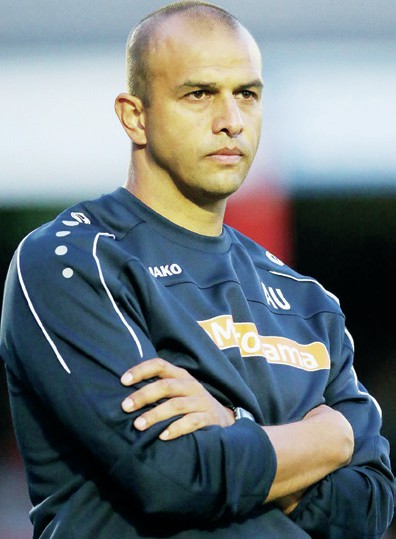 “Yes it’s a boycott, it’s a blackout and people might say, ‘ What’s that going to do?’ It’s not going to change the world. When it returns on Tuesday it’s not a magic wand that has been waved and it will change everything.

“But what it will do is add the pressure to the social media organisations to make sure they realise more needs to be done to solve these issues.”

In his role at the FSA, Uddin deals with cases on a daily basis, supports victims and delivers education sessions across the country including to perpetrators.

“This boycott is also an opportunity to give people the chance to think,” Uddin added. “A lot of the education sessions I’ve delivered, people have said, ‘I didn’t realise what I was doing, I didn’t realise so many people would see what I did’. Some people don’t realise the severity of saying something on twitter or instagram.

“They think, ‘I’ve only got a few followers, it doesn’t matter’. Or, ‘I will direct message someone, no one will see it’.

“But I remind people that when you do that on social media, you might as well go into a town centre with a loudspeaker and say it.

“Maybe over this weekend it will give people to realise they should think about what they are saying or tweeting.

“We don’t want to sanitise football. The tribalism, the rivalry, it’s what makes football beautiful. However, people need to be aware of a line you can’t cross. The impact social media abuse has on fans, players, referees, pundits, individuals – people can underestimate what that can do to someone’s mental health and wellbeing.

“It’s a big decision. It is the penultimate weekend of the EFL, teams are going up and down. If you can’t watch the game, twitter updates are your fix and that’s not happening. People are going to question that and be angry that it affects their weekend, but it gives everyone the opportunity to think about why we are doing this.

“And also have that discussion among their friends. Because it needs to change, it needs to stop. It’s out of control.”