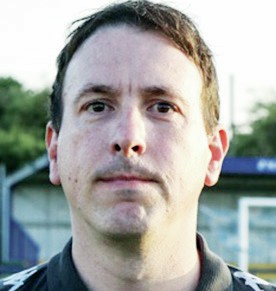 WINGATE & Finchley are in the hunt for a new manager after parting company with Spencer Knight this week.

Knight, the former Harlow Town and Ware midfielder, took over the Isthmian Premier Division Blues in the 2018-19 season and was at the helm for the two incomplete Covid-hit seasons.

Chairman Aron Sharpe explained: “The decision has been made as the club in recent seasons has moved away from the very reason why I am involved in football at this level.

“It was felt by myself and within the club that our DNA was always based on development and a pathway for youngsters and providing opportunities for our players to develop as coaches and helping backroom medical staff and volunteers gain experience.

“It is always a struggle at this level to find the balance between investing in the first team while focusing on development, but the pandemic has allowed the club to take stock and while the decision was a difficult one, it is something we felt was in the best interests of the club in line with our ethos and provides exciting opportunities to rebuild.

“I have a lot of respect for Spencer. He was the only person interviewed when he was hired and I have no doubt he will be a success in his next role.”

● Rob Ursell has quit as manager of Isthmian South Central club Northwood to take on a new role at a higher level, according to the club.

The 37-year-old has two spells as a player at Woods before being appointed manager in February 2020.

The club tweeted: “Rob Ursell has departed the club with immediate effect to take on another role at a club a level above ours.

“We would like to thank Rob for his hard work in his time with the Woods and wish him every success in his future role.”