John Brough succeeds his own successor at Cirencester Town

Posted on 4th December 2019 by admin in Latest News, Southern Leagues with 0 Comments 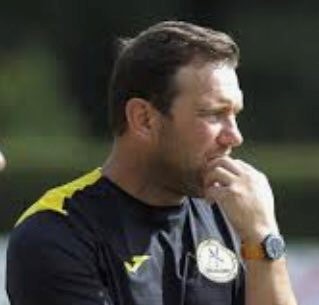 The former Bishops Cleeve, North Leigh and Lydney Town manager returned a second spell at the The Corinium Stadium on Wednesday, two weeks after the departure of Griffin after three years at the helm.

Brough, who stood down in May 2016 when the club declined promotion for financial reasons from the Southern League’s then Division One South & West Division, will take charge for the first time on Saturday at Slimbridge.

Brough, who was offered the post before Griffin was appointed in September 2016, will take charge for the first time in Southern League Division One South on Saturday at Slimbridge.

Confirming his appointment on Twitter, @CirenTownFC posting: “We are delighted to officially announce that John Brough has accepted the managers role at CTFC.

“The former Cinderford Town, North Leigh and Lydney Town manager will be in the hot seat ready for Saturday’s game at Slimbridge.”

????????????????
We are delighted to officially announce that John Brough has accepted the managers role at CTFC.
The former @Cinderford_Town @NorthLeigh_FC & @LydneyTownAFC manager will be in the hot seat ready for saturdays game @slimbridgeafc pic.twitter.com/hBy36RtyUo

Brough is thought to have beaten three other candidates with Hereford links to the Town job. Before his appointment, Gloucestershirelive.co.uk was reporting this week that Peter Beadle, Darren Jones and Alex Sykes were also in the frame.

Griffin, 40, left by his first managerial post by mutual consent after three years at the helm and the Centurions sitting in 12th spot in the Southern League Division One South table.

A prolific striker during a playing career that took in Swindon Town as well as the likes of Forest Green and Gloucester City, Griffin initially joined Cirencester at the start of the 2015-16 season, ending the campaign as top scorer on 26 goals, pictured.