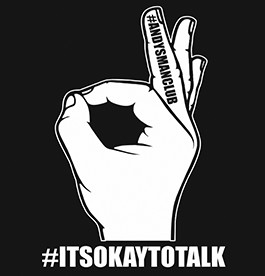 NORTHERN Premier League managers will have a fixture of some sorts this Saturday – in the shape of an Andy’s Man Club session, organised in partnership with the league.

All 61 club managers have been invited to the webinar, which will be held virtually at 3pm, including a presentation, a Q&A with a special guest and an opportunity to see some familiar faces in a different environment.

Andy’s Man Club is the NPL’s official mental health partner, and host a growing number of “meets” across the country providing a space for men to talk about their problems without judgement or feeling like a burden.

These exclusive NPL sessions may be repeated for players, volunteers and possibly even supporters if they prove to be a success.

Andrew Greenway, Andy’s Man Club Project Development Champion, said: “We’re delighted to be bringing our message to staff at the 61 member clubs of the Northern Premier League, one of our long-term partners.

“With the recent cancellation of the football season at this level and the unpredictable nature of the last two seasons, mental health has become even more prevalent for players and staff at Northern Premier League clubs.

“We are looking forward to putting on an event for the organisation and further encouraging people that #ItsOkayToTalk.”

NPL General Manager, Angie Firth, added: “It’s a difficult time for everyone for all sorts of reasons.

“The work that Andy’s Man Club does is invaluable and we are proud to have been partnered with them for the past few years.

“We look forward to making a success of these exclusive sessions for NPL stakeholders, and hope that they can provide something positive, whatever that might look like, for everyone.”