The Non-League Football Paper
Home / Features / Ian Ridley: Top-drawer friendlies are a rare breed – get down and support them!

Ian Ridley: Top-drawer friendlies are a rare breed – get down and support them! 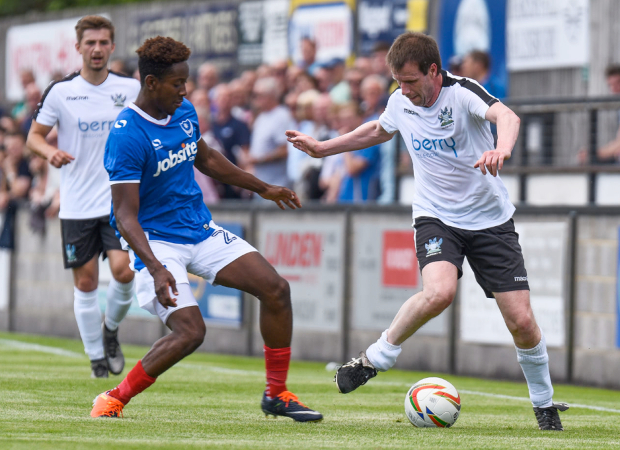 TO THOSE outside the game, summer seems like downtime for football clubs. No matches to play, and for the majority of Non-Leaguers still only semi-professional, no players to pay – to the relief of boards of directors and committees.

In fact, it is the busiest time of year for all involved. Managers are furiously recruiting, groundsmen are restoring pitches, all those lovely volunteers are spicking and spanning grounds. Commercial managers are hitting the phones trying to secure elusive sponsorships.

And everyone is desperately trying to use their contacts to arrange friendlies, keen to lure a Football League club, or even a Premier League one, for one of those money-spinning days or nights that can help give you a much-needed war chest for the forthcoming season.

It is becoming tougher, though. You can approach bigger clubs in the winter to try and get in first and they tell you to wait till Spring when they know their likely schedules better. Then, if you time it badly, their slots are already filled or allocated to those they have maybe taken a player from, or loaned one out to.

You can even agree something verbally with a League manager and he gets the sack or leaves, the new man knowing nothing about any arrangement. Those managers are themselves under pressure to deliver decent home friendlies these days against clubs higher up the food chain so often pay little heed to the significance of away games.

Neil Warnock has always been one of the exceptions. Now Cardiff City manager, he brought strong Sheffield United sides to Weymouth and St Albans City when I was chairman at those two clubs. He always remembers his roots, having been the manager who took Scarborough into the Football League as the first club to be promoted from the Conference in 1987.

Getting a Premier League first team squad is next to impossible, though, unless a club hosts their reserves or women’s team, like Boreham Wood with Arsenal. Tranmere Rovers’ traditional relationship with Liverpool, long established when Rovers were a League club, is also invaluable.

Mostly, however, the big clubs now see friendlies as a chance for overseas tours that are key to the Premier League’s marketing and television strategy. Under 23 teams are welcome, but not quite the same.

At Salisbury FC, where I am vice-chairman, we have been lucky enough to attract Portsmouth – Kenny Jackett graciously honouring the fixture after it had been arranged with his predecessor Gary Cook – as well as Oldham Athletic, Bristol Rovers and Swindon Town thanks to our manager Steve Claridge’s diligent work and the quality of our pitch. We are extremely grateful to those clubs.

Now I know pre-season matches are not everyone’s cup of tea; loads of triallists, lack of edge to games. Many prefer to wait for August’s real thing when the blood and thunder returns. But personally, I love ‘em. All those balmy summer evenings as sunset approaches assessing new players and contemplating your club’s prospects for the coming season when optimism is high…(our friendly at Chichester City on Thursday by the way was interrupted by a dog running on to the pitch and doing what dogs do. It seemed appropriate as both sets of players were pooped by then, but it did show that everyone’s a critic these days).

Also as someone involved with a club, I purr at seeing the revenue being generated ready for when the wage bill kicks in. In fact, July is the perfect time: money in but very little (comparatively, that is) going out.

Just a plea then to the full-time pro clubs, if too late for this summer then for next pre-season: Remember how much it means to Non-League clubs to agree to go to them. Maybe a Premier League club could even set aside just one date to send a first team squad to a local Non-League club, invite applications, and make a draw to find a lucky winner?