By Matt Badcock
Life was going great for Liam Hughes. He’d scored in the play-off final at Wembley as Cambridge United, the club he’d been at since he was 15, won promotion from the Conference.
He was playing in the Football League and part of a team that drew with Manchester United in the FA Cup live on BBC. He had two daughters, since joined by a third, and a partner he’d been with for nearly ten years.
But things started to drift. An injury sidelined him and the then 22-year-old started feeling sorry for himself. He’d have a little drink in the evening to ease his anxiety and overthinking. A close friend took their own life and the darkness kept closing in.
He, in his own words, neglected his responsibilities. When the alcohol’s numbing effect wore off, he turned to cocaine. He crashed his car while under the influence and twice took an overdose.
Today the 25-year-old midfielder, who joined Billericay Town from Guiseley last month, has been clean since the start of the year, has sought help and is on a better path to being a better person.

As we speak, his children Grace-Mai, 4, Bella-Rae, 2, and Hope-Willow, 1, buzz around – no doubt hoping daddy will stop talking and take them outside to build a snowman.
At times his story makes for uncomfortable reading, but Hughes wants to help, and show, other young footballers experiencing similar that there is a light in the gloom. That, they too, can get help and turn their life around.
“I was swamped with a lot of things, overthinking things and, in the blink of an eye, it seemed like things took a turn for the worse,” Hughes says.
“I was drinking a lot more heavily to supress my feelings. When that didn’t work anymore I turned to cocaine and drugs to feel that high I once had with life, with football.
“The ups and downs of football – one minute you’re so high, the next you’re so low – I couldn’t cope with that. I thought I could. I thought I was a lot stronger mentally. Not that this is a weakness.” 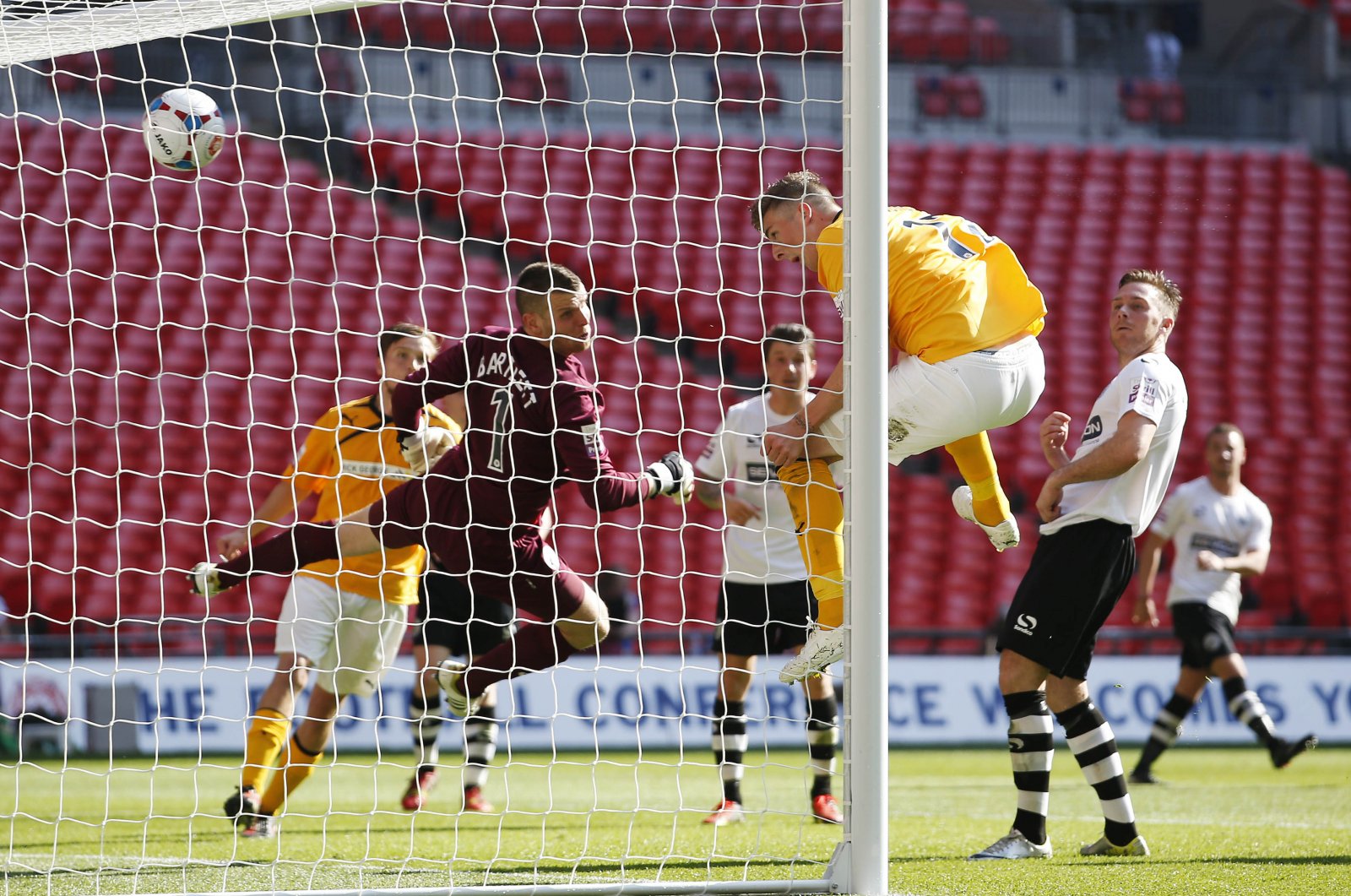 The drinking started to impact work, although he masked his problems with his bubbly personality. Cambridge United would have daily weight and hydration tests and Hughes’ readings weren’t good. The pressure to slim down was just another burden.
“It got to the point where I was drinking just to calm my nerves before I even got in,” he says. “So I was drinking in the morning when I first woke up, then driving and getting to work almost…drunk really.
“It sounds real bad but that’s where I was with my life at that minute. Things were really hard. I wasn’t talking, I wasn’t coping with things very well. All of a sudden the alcohol wasn’t doing anything for me anymore.”
Hughes shudders when he thinks what could have happened, but it shows the state he found himself.
“I was literally sitting in my house, on my own, in a dark room,” he says. “That’s what I would do. I would get a bottle of wine or beers or anything I could get my hands on and sit thinking about every single negative.
“In reality, in the bigger scheme of things, I had everything. Everything I could want. A faithful and loving partner, two beautiful children, a job most people would kill for and I neglected that. I took it all for granted. I do regret not recognising that earlier.
“It’s not something to be ashamed of. It’s not something to overthink. It’s something to embrace and say, ‘I do have a problem’.
“I tried twice to commit suicide myself. I got into a place where that was it for me. I was never going to get better, I was never going to get through it. I was a burden to everybody, in my mind. I tried twice to overdose. Luckily Stephanie, my now ex-partner, found me and I was rushed to hospital.
“I had a few months off work, going to counselling, the club were good to me. But it took me to crash my car, drink-driving, for me to really realise.
“I’ve got children at home that rely on me as a father and I’ve got responsibilities outside of football bigger than me, bigger than what this is.
“That was the first initial stage when I was 23. So I’d gone a year where I’d done alcohol, drugs, being on my own to realising, actually, I’m not on my own. I’ve got my children, who rely on me. They have a way of saving your life. That was the first stage for me, that acceptance of it all.

“By which point, the damage was already done. I got into a debt through, I’ll be honest, drugs. I spent a lot of money on drugs to get through it and in fairness, even through the recovery stage, I was still craving it, needing it – and doing it.”
By then Hughes had left Cambridge for Inverness Caledonian Thistle in the SPL. He soon realised there’s no running away from problems.
A move back into Non-League followed with Barrow, who narrowly missed out on the play-offs last season under Paul Cox. 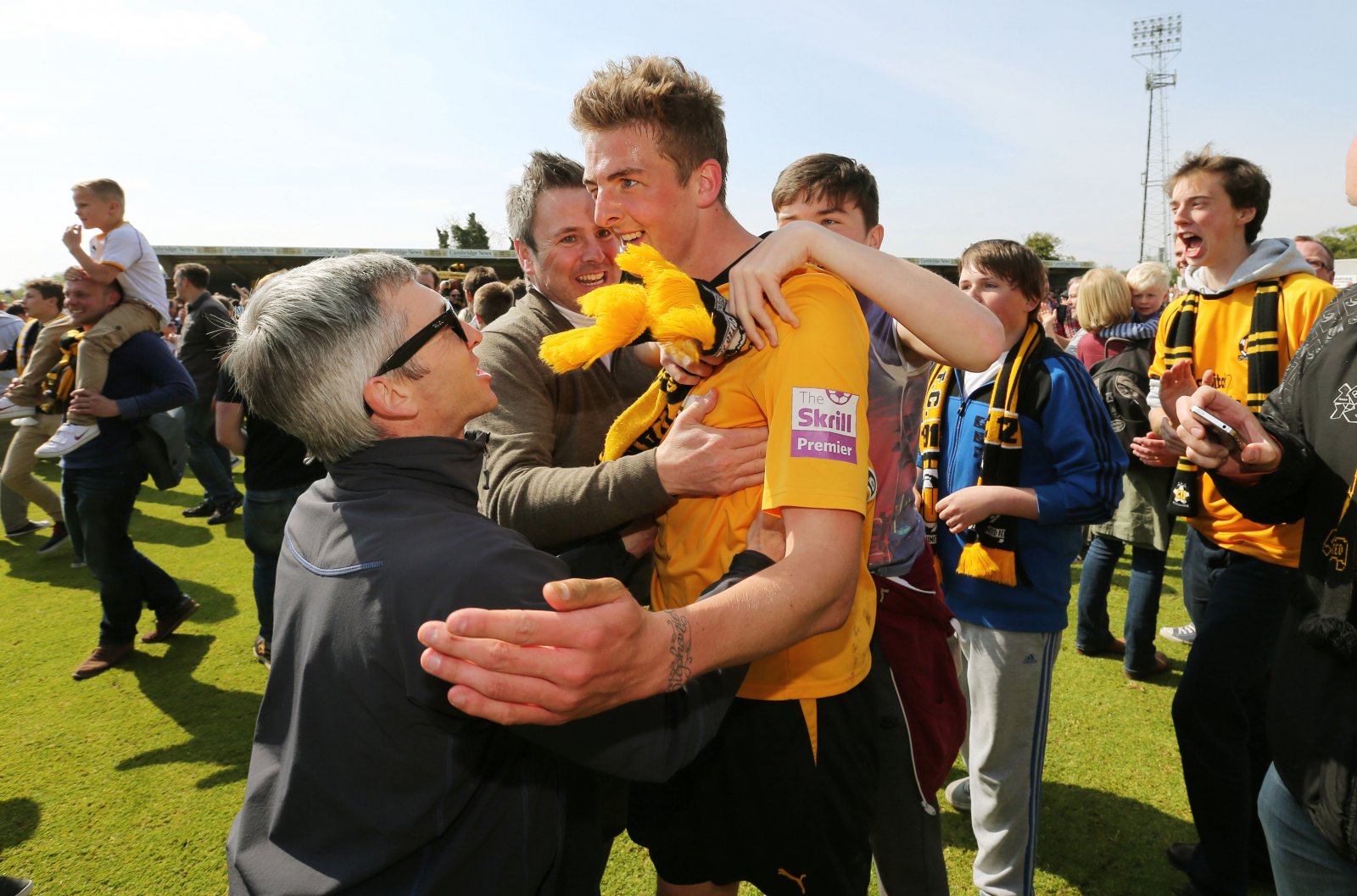 “No one had any idea until I opened up to people,” says Hughes, who Cox signed at Guiseley earlier this season.
“I’ve got a lot of respect for Paul Cox because he’s a good person. He understood me. I could talk to him. That was another stage of recovery.
“My parents helped me a lot by trying to understand where I was coming from. My problem was I always thought I was being judged, I was always paranoid I was going to shoot myself in the foot. I was open with Paul, my family, with Steph and it was hard. Hard for them too.
“Even at Guiseley I was still struggling. Then the New Year came around and something triggered, ‘You can’t keep doing this’.
“I struggle with insomnia so I’d sit up at night thinking, ‘How am I going to get through the day?’ I’d spoken to counsellors for years on end, had advice but never took it. I thought for my kids’ sake and my future, I need to because, and it sounds drastic, it was life or death.
“I sought out real help through a doctor and the PFA and committed to it. I’m turning a corner. I’m not saying mistakes won’t happen but at least if I do make a mistake I can be honest and know I’m trying to do the right things.”

Now he takes medication to control his anxiety and depression, he’s enjoying football and loving being a dad. It’s cost a lot, not least his long-term relationship with Stephanie, but the world has more colour these days. And Hughes has a message for others suffering: It’s OK.
“There’s a responsibility in the game to look after each other,” he says. “I know it’s a competitive sport. I know it gets emotions high and tempers flaring because we want to win.
“But, in the same breath, we have responsibility to look after each other. We’re all in it for the same reasons. Love of the game, to provide for your family – whatever your reasons are, we’re all in it together.
“On the field I might want to smash them in the air, make a big tackle and do everything to win. But outside of football we’re all the same. We are human beings and we all go through issues. It’s important people know they’re not on their own.”