Posted on 22nd May 2018 by admin in Features, National Game Awards with 0 Comments 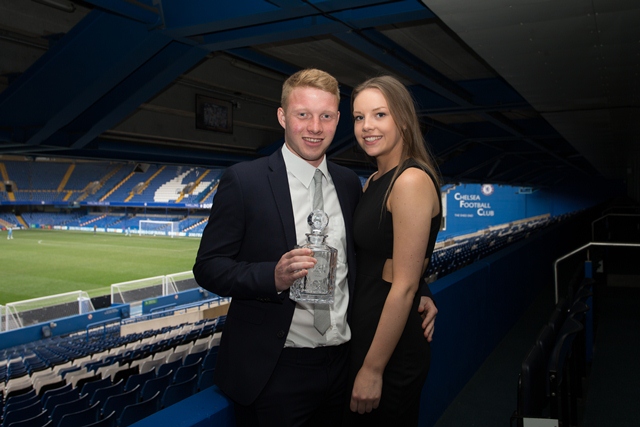 Sutton United striker Tommy Wright has gone from strength to strength over the past two years and has quickly become one of the brightest prospects in Non-League football.

The young forward found the net an impressive 51 times whilst playing for Southern League club Salisbury under dual registration in the 2016-17 season before helping Sutton reach the National League play-offs this year.

The 21-year-old was Sutton’s top scorer this campaign with 13 league goals, as his side surprised many to finish in third place before being knocked out in the play-off semi-finals by Boreham Wood.

After picking up his Young Player of the Year Award, Wright said: “There’s some unbelievable talent across Non-League so to be singled out for this accolade, especially as a youngster, is incredible.

“This season has really been far better than I was expecting.I thought that I could have spent another season going out on loan because of my age and because of the physicality of the National League, but things have turned out really well for me.

“The manager told me that he would give me a chance and I am delighted that I managed to take it and really kick on.

“Finishing third is a massive achievement for a club of our size, especially when you consider the high calibre the teams within our league.”

Wright’s form helped earn himself a place in Paul Fairclough’s England C team and the striker is keen to continue his impressive displays next season.

“This award has really been the icing on the cake after what has been a brilliant season,” added the young Sutton marksman.

“After the disappointment of losing in the play-offs, this ceremony and the England C game in a few weeks are just what I needed.

“I’ve got the taste for it and I want to keep performing, and hopefully get a few more awards!”