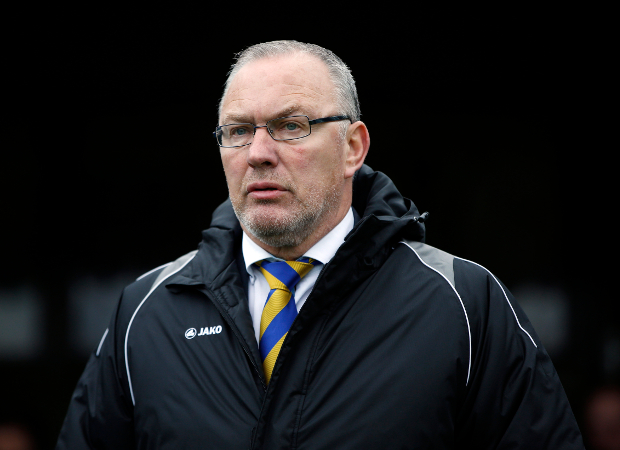 St Albans City manager Ian Allinson says his team have to improve, after a disappointing second half performance against Eastbourne Borough extended their winless run to three games.

The former National League South leaders raced into a deserved two-goal lead on Saturday thanks to goals from Tom Gardiner and Zane Banton, but were pegged back as The Sports snatched a last-gasp point.

While there were positives in parts of the performance, Allinson knows his his players have to learn from their mistakes quickly if they are to return to winning ways.

The manager told The Herts Advertiser: “It’s a psychological blow but that’s up to me to remind the players about the positives in the performance.”

“First half there was so much positivity. We moved the ball well, we looked sharp and we created chance after chance.

“But it was how we managed the second half that disappoints me.

“We spoke about managing the game at length during half-time and everything we talked about we didn’t do in the second half.

“The players have got to learn quickly otherwise we’ll be on the end of that a few more times from this year.”

Luckily for Allinson and his players, St Albans City don’t have long to think about the disappoinment of Saturday’s result as they return to action tomorrow night.

High-flying Havant & Waterlooville are the visitors to Clarence Park, and the City boss sees it as a good opportunity for the squad to redeem themselves.

Allinson said: “We’ve got a young side and we are going to make mistakes but hopefully we can learn from our mistakes and go again on Tuesday.”