Having enjoyed his birthday this week, veteran striker Paul Benson is just two years shy of his 40th! Here, the well-respected target man reflects on his career to date. So Benno, let’s get straight to the point…

How does it feel to be the oldest player in the national league?

Surely I can’t be the oldest player in the league! There must be a keeper in the league who is older! If true, I’m going to take it as a great achievement. Every year it gets harder and to be competing with players, some of whom are half my age, it is a real challenge – but it’s one I look to thrive on.

I’m incredibly proud to still be playing at this level, and hope to continue for as long as possible.

What were you doing before full-time football?

I did my apprenticeship at Southend United, but was released before being offered a pro contract. I dropped into Non-League with White Ensign… playing park football more or less.

I have two older brothers and they played at White Ensign, so I decided to go there and just enjoy playing. I was doing that and working during the week in London as a trainee accountant.

White Ensign were a great side for their level and we won pretty much everything… leagues, cups. I loved my time there making great friends I still speak to today.

You signed for Daggers at 24. That’s pretty old to get going…

The move came out of nowhere really. I was playing and scoring regularly for White Ensign, but never really getting much interest from local sides in the level above.

One day, out of the blue, I was at work and got a call saying Southend United wanted to look at me in a reserve game. I ended up playing in three reserve games and scoring four goals.

I thought I had a great chance of being offered something, but the manager at the time (Steve Tilson) opted against it. He then said Dagenham & Redbridge had been at the same games and were interested in looking at me.

I played one reserve game for them where I didn’t score or play particularly well, but John Still spoke to me after the game and offered me a contract! I was surprised because, at 24, I thought I would never get the chance.

The offer was less than I was earning working in London but I had to take it. I’d always wanted to be a professional footballer and didn’t feel as though money should be a reason not to realise that dream. 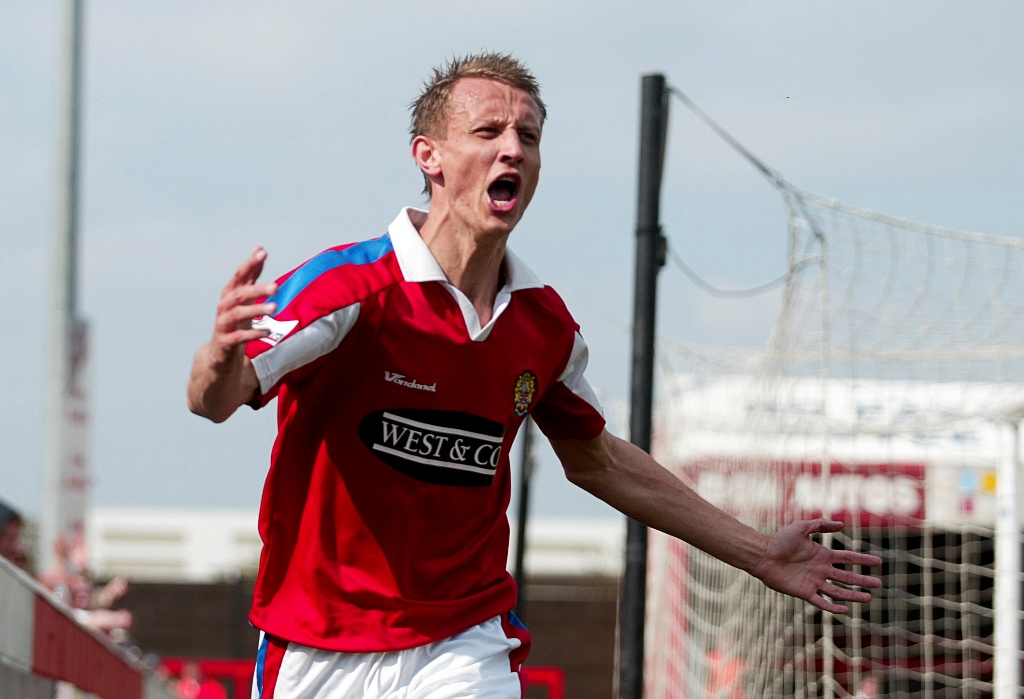 Tell us about playing for John Still?

I loved my times playing under Stilly and his assistant Terry Harris. He plays a style that really suits my game and I benefitted massively from that. He was also the one manager who took a chance on me and I will be forever grateful to him for that.

He’s a great motivator and I always used to go out on the pitch believing I was the best player and  that I was going to score. That is a great skill he had as a manager to make the players feel that way.

You’ve played for some great clubs… but where did you enjoy playing the most?

Obviously Dagenham is the side I hold the most affection for. I loved my time there and achieved things I could never have dreamed of. Two promotions with the club, especially the promotion into League One, remain career highs for me.

I was fortunate to play in league-winning sides in Swindon (League Two) and Luton Town (National League), so four promotions in all and I’m onto 150 senior career goals (I don’t include my White Ensign goals otherwise I’d be closer to 300).

Do you have any regrets in football?

I probably only have two regrets in football, and strangely they both centre around Dagenham & Redbridge.

The first… I wish I could have stayed and played a part in the Daggers’ season in League One.

It would have been great mixing it with the likes of Sheffield Wednesday and Southampton, but the offer to join Charlton at the time was one I could not turn down.

Charlton is a fantastic club with great supporters, and I definitely would have regretted that more had I not gone.

Secondly… not getting to 100 goals for the Daggers. When I rejoined for the 2016-17 season I was determined to help get them back into the Football League and get to 100 goals for the club, unfortunately I didn’t end up playing as much as I thought I would due to good form from other players in my position.

I ended up with 92 career goals for the club, so I was eight short of my target. 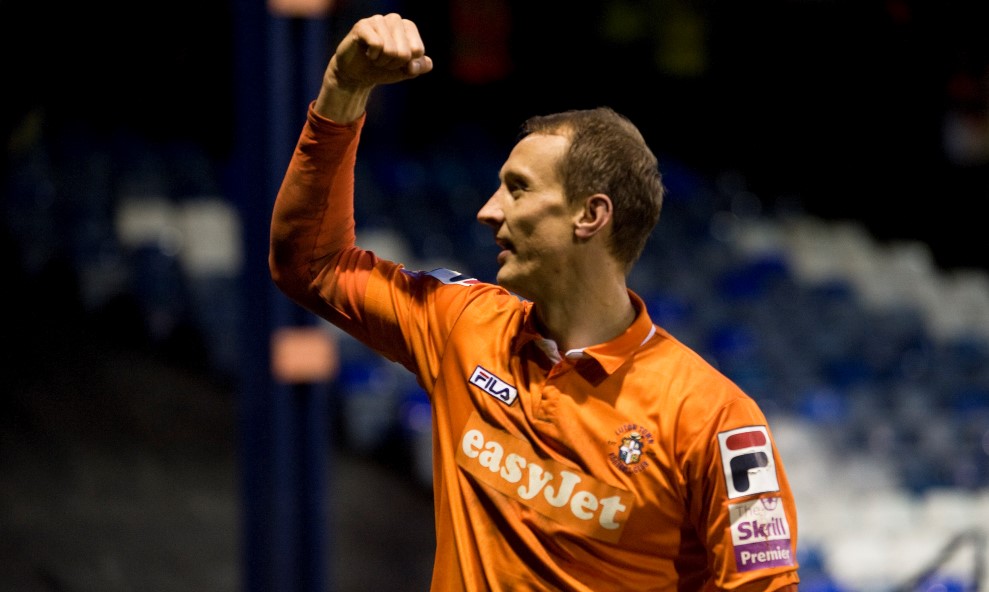 I don’t really have a ‘best mate’ in football. I have acquired a lot of good friends throughout my career who I constantly keep in touch with, and I’m in various WhatsApp groups, which kind of act as a timeline of my career!

The Daggers side that won promotion out of the Conference is a very close group and have been for over ten years now.

I’m coaching at Boreham Wood, while playing and also coaching in the Academy at Luton Town, so that is where I see my future in the short-to-medium term after finishing my career. It’s something that interests me and I’m looking forward to gaining experience in.

I’ve been fortunate to work with some fantastic managers and coaches but ultimately I have my own style and I’m looking to put that into practice over the next few years.

A few of the best tales from football – which I think you’ll probably understand – are probably not publishable in a paper!

But one good one, which we can publish, was from my first stint at the Daggers. Two players were involved in a bit of banter that was ongoing, and it ended with one of them leaving a dead bird in the other’s kit bag.

Obviously not happy about finding this, he decided to get him back by visiting his local pet store and purchasing a box of crickets and a large African snail…

He helped himself to the player’s car keys, then emptied the box of crickets in his car and left the snail on the dashboard, locking the car after.

Let’s just say the player’s face was a picture when he realised what was going on after he returned to his motor!