Since taking charge of Gloucester City in mid-December, Marc Richards has excelled so far in his first role in football management.
A former Tigers player- having appeared over 100 times for the club- Richards was First Team Assistant Manager under the reign of former manager Tim Harris.
After a brief period of adjustment- with the side sitting inside the bottom three- February was where Richards began to leave his mark.
A five-match unbeaten run- including three straight victories over Welling United, Concord Rangers and Wealdstone- propelled the side rapidly up the Vanarama National League South table.
Joe Hanks’ wonder strike at Havant & Waterlooville in the final match of the month may have been in vein, but the performance showed just how far they’ve come in just a short period of time.

After suffering relegation out of the Vanarama National League South in 2016, Havant & Waterlooville are on the trail for back-to-back promotions.
The Hawks have made an immediate impact since returning to the division. They are currently on course to reach the fifth-tier for the first time in their history.
Rory Williams has been one of the players key to the fluid transition back into the division, and collects the award after a fine February.
The left wing-back was a consistent performer for Lee Bradbury’s side, contributing in both defence and attack.
The side conceded just twice in the month, with clean sheets coming in three of their five matches.
Williams also scored in the first game of February, smartly tucking a free-kick under the wall at Poole Town. 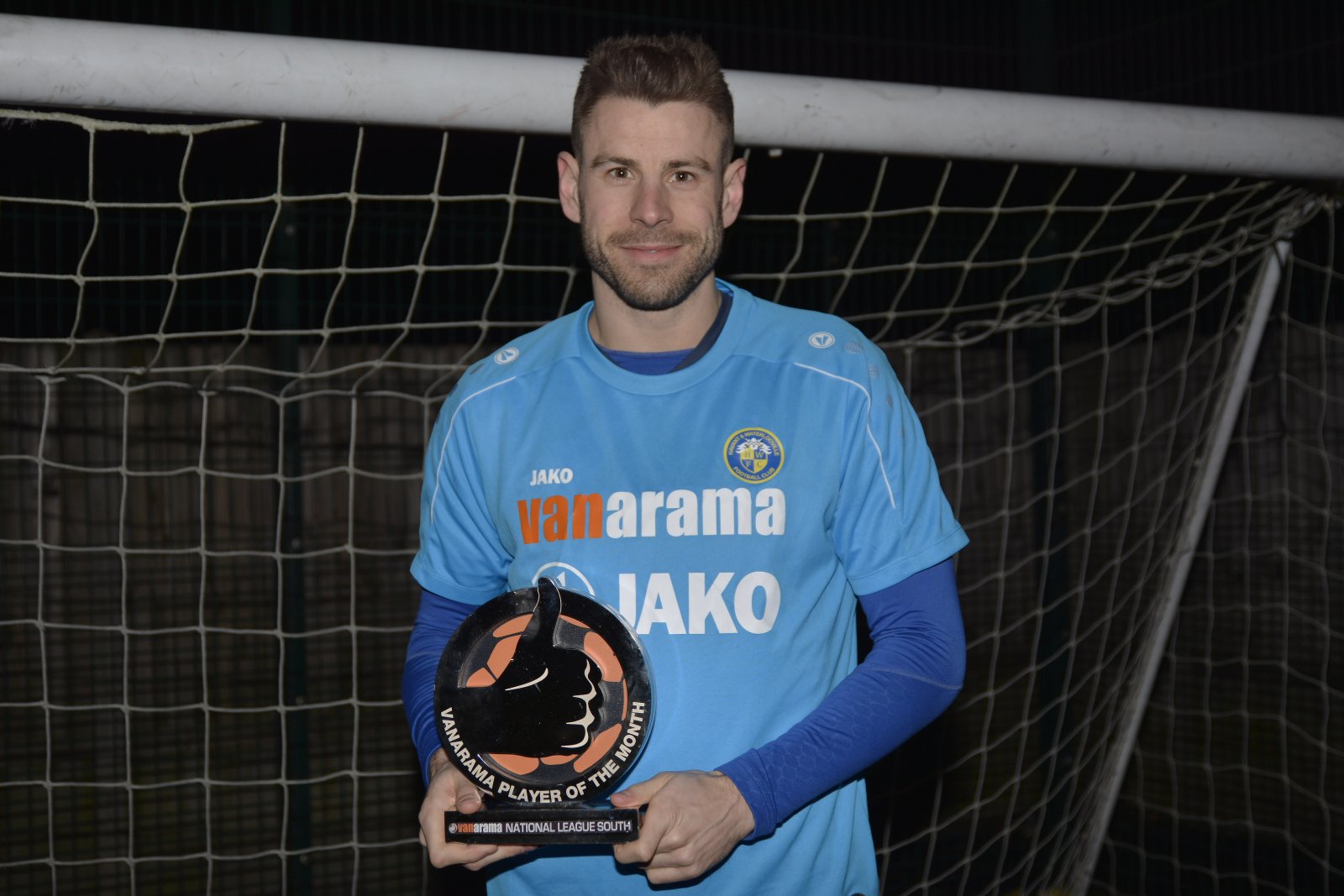