It’s fair to say Kevin Wilkin has had worse months. He took Brackley Town to Wembley for the first time in their history and kept his team in the National League title hunt in the process.
The Saints’ two-legged win over Wealdstone was very convincing – and Bromley will need to put in a massive performance in the FA Trophy final to stop them enjoying their greatest moment.
Six wins in March mean there was little doubt the former Wrexham boss would take the award.
National League North victories over Boston United, Stockport County and plus an excellent draw with then leaders Harrogate Town means it was a near perfect month.
Wilkin says he knew back in July that his squad were capable of doing something special in the ten months to come.
Brackley could just be about to make this the club’s best ever season.

Stockport County are hitting top form at just the right time. The Hatters have now won six National League North games in a row and a run of four victories towards the end of March helped lay the foundations.
Jim Gannon’s men bounced back from defeats to Brackley Town in both the FA Trophy and league to give themselves a fantastic chance of securing a play-off spot.
One of County’s stand out men in March was midfielder Jimmy Ball. Despite the scoring prowess of Jason Oswell and Matthew Warburton, Ball chipped in with four goals of his own during the month.
Crucial winners at Gainsborough Trinity and Bradford Park Avenue, and a brace against Leamington, caught the eye. Ball has been given licence to get forward from a deeper midfield role and he has taken full of advantage to help drive County forward towards a top seven place. 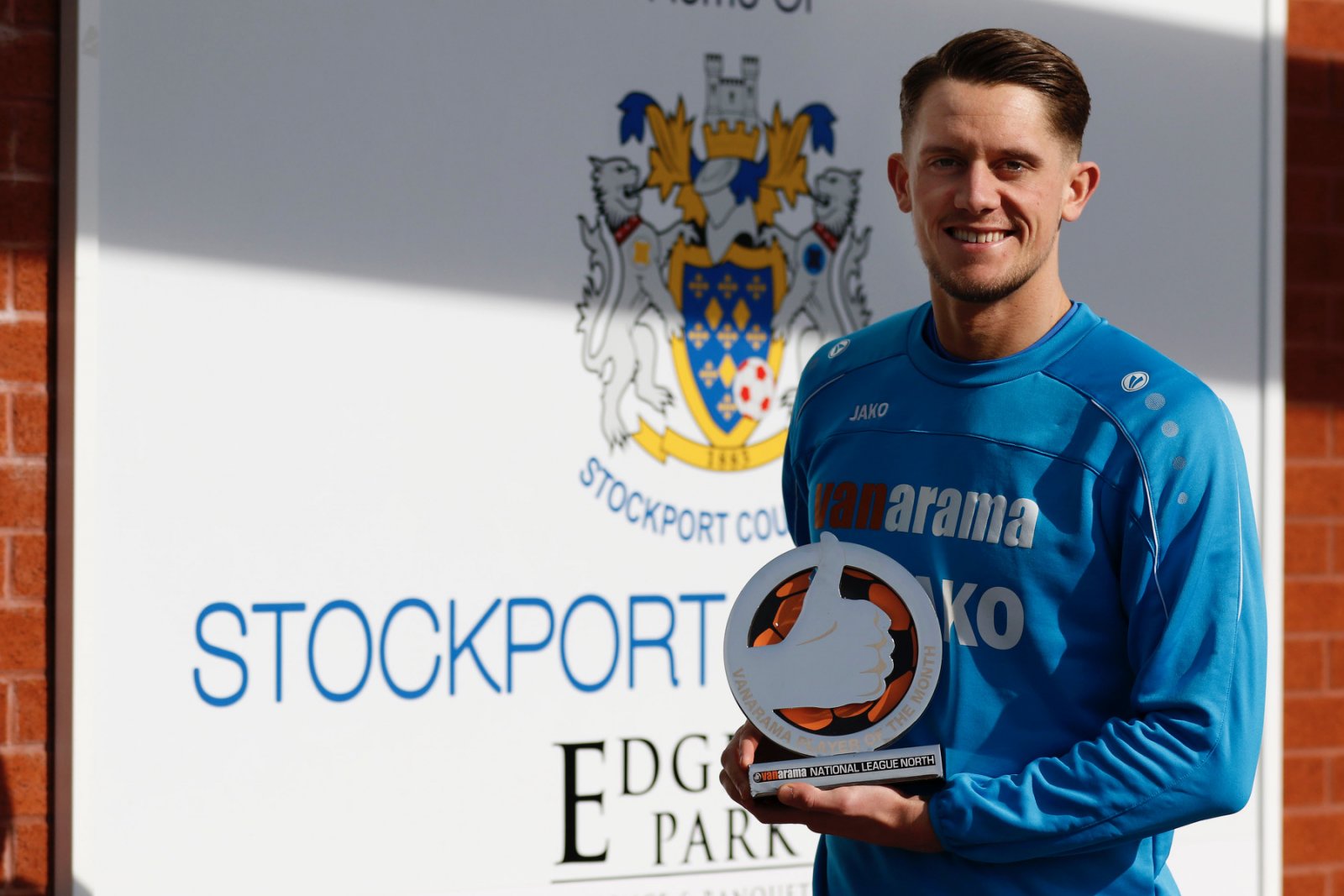