He’s loving every minute at the moment, but Lee Bradbury won’t have fond memories of his previous experience in the National League South.
The last time he was here it ended in a way he would much rather forget as play-off hopes ended in relegation.
But Havant & Waterlooville stuck by their man. A year later, they won the Ryman Premier and ten months on the Hawks are absolutely flying back in the division which treated them so badly back in 2016.
In their six games in March they let in just two goals and won four matches – the big one being away to Bath City but success against Wealdstone, Weston Super Mare and at an in-form Oxford City can’t be underestimated.
Now the big question is if Bradbury can take the team up to the fifth tier for the first time in the Hawks’ long history.

Not many players at Truro City know what promotion would mean more than local lad Cody Cooke.
Last year’s player of the season has continued his good form and it’s no surprise that Football League clubs are keeping an eye on his progress. But his focus remains completely on Truro as the White Tigers look to secure a place in the National League South’s top seven.
Cooke has played over 250 times for his local club and starred in March as City picked up four big wins to give their play-off hopes a huge boost.
The 25-year-old scored in the win over Eastbourne Borough and was a constant menace as the Cornish outfit beat promotion rivals Havant & Waterlooville, Chelmsford City and St Albans City.
Truro have a big few weeks ahead of them and one thing’s for sure – Cooke will be instrumental in any success they have this term. 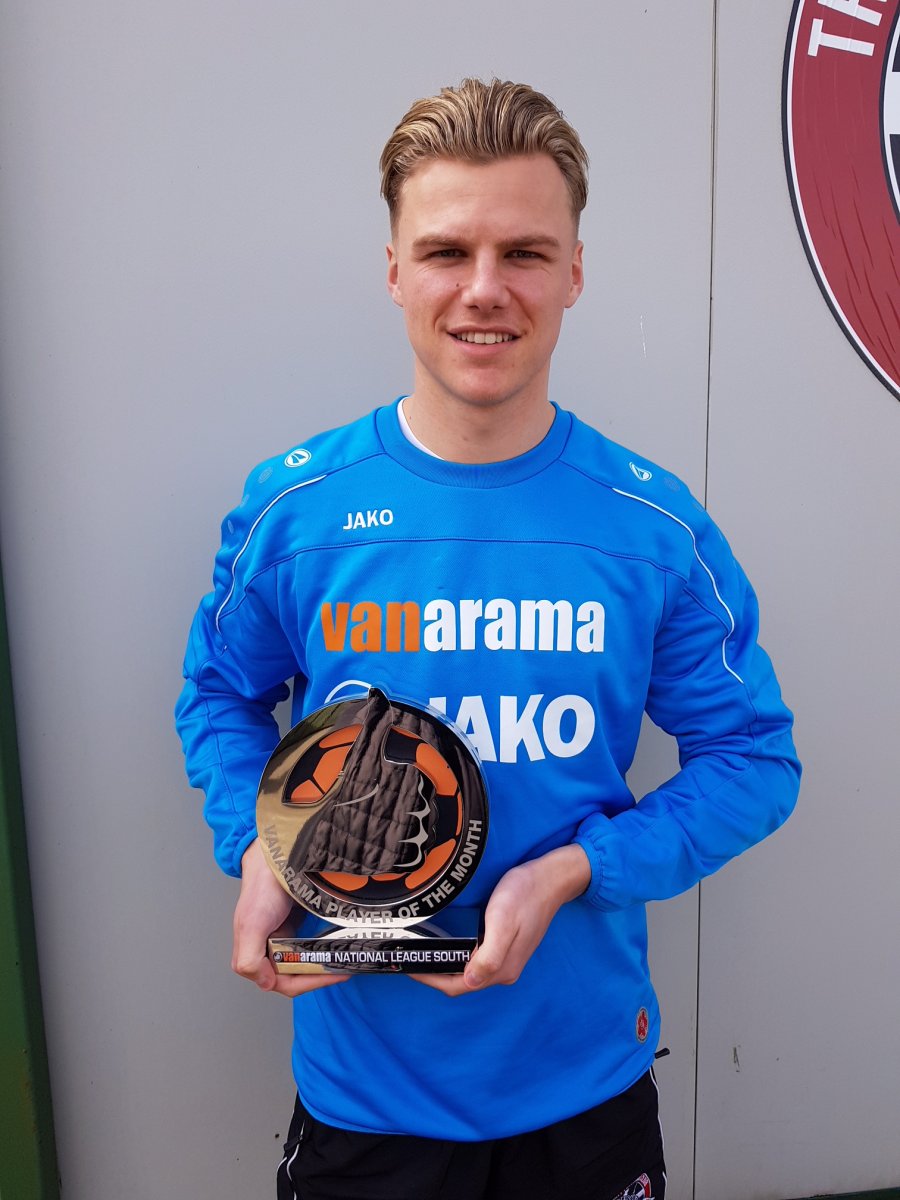