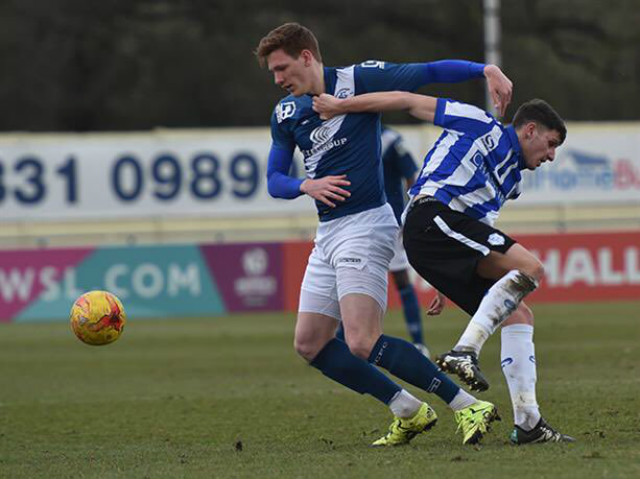 Luke Maxwell has become the latest recruit to join Solihull Moors following the appointment of Tim Flowers as manager.

The 20-year-old midfielder joins the Moors on loan from nearby neighbours Birmingham City until January 2019 and is no stranger to the Non-League scene despite his tender age.

A statement published by the National League side confirmed: “As manager Tim Flowers continues to strengthen the squad in all departments, Moors are delighted to announce the arrival of midfielder Luke Maxwell, who has joined on standard loan terms from Birmingham City until at least 5th January 2019.

“Solihull Moors would like to thank Birmingham City for facilitating the loan.”

Maxwell attracted the attention of Blues scouts while playing for Kidderminster Harriers in 2016, making his first-team debut as a 17-year-old.

His time at St Andrew’s has yet to see him play for the first team, heading on loan to develop his career at Gateshead and Grimsby Town in recent seasons.