Glen Little eyes a changing tide at Wingate and Finchley

Posted on 29th November 2018 by admin in Isthmian Leagues, Latest News with 0 Comments 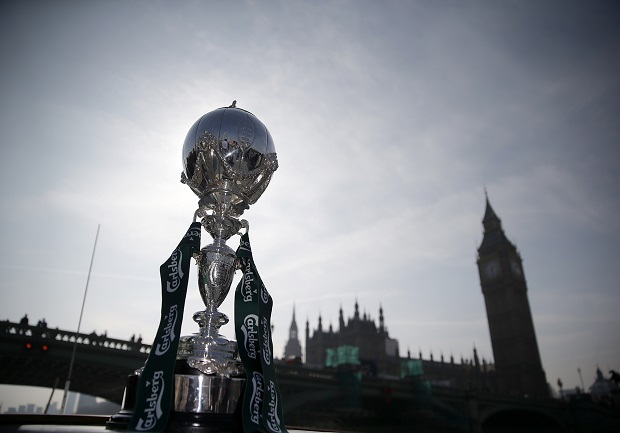 Wingate & Finchley manager Glen Little has two reasons to celebrate this week after his side dumped Chippenham Town out of the FA Trophy and were finally handed a home draw in the next round!

“We have spent hours on the motorway for this competition already!” joked Little.

“The round before last we were drawn against Tiverton so we trekked for five hours down to Devon and then did the three-hour trip to Chippenham last weekend so being at home will certainly be a refreshing change.”

Little’s side endured a nerve wracking final 15 minutes to hold onto a 3-2 victory over Chippenham in Tuesday night’s replay, which set up a tie against Dulwich Hamlet next month.

The former Reading midfielder added, “We put in a battling draw at their place on Saturday and I knew that if we played to our potential then we could get a result at home.

“Those final few minutes were rather tense because Chippenham were throwing absolutely everything they had at us and we were camped inside our own box a bit.

“Our keeper made an absolutely brilliant save at the death and it was a joy to hear the final whistle.

“We have now set ourselves up with a game against another National League South side and there is no reason why we can’t go out and create another upset.

“Dulwich are a team which I know well and I have some great memories of playing against them so I am sure it will be a good game.”

The Wingate boss, who originally arrived at The Maurice Rebak Stadium as Nicky Shorey’s assistant in October, has taken over managerial duties in recent weeks following the latter’s departure and Little is the first to admit that his time at the club has not quite gone to plan so far.

“It has certainly been an eventful few weeks with lots of ups and downs” he told The NLP.

“It was never really my intention to go into management and I was here to help Nicky out because I had done a bit of coaching alongside Jody Brown at Welling and Heybridge.

“When Nicky left I felt as though it wouldn’t have looked great if I had immediately followed him so I asked the Chairman if he fancied taking a bit of a chance on me.

“We have been through a lot, whether it be wins, losses, paperwork problems or players missing matches because of weddings.

“The team has been stretched a lot and at times we have only been able to name three substitutes or had to put injured players on the bench.

“The other night was the first time that I have been able to name an unchanged team for two games in a row and now the squad is beginning to fill up and we have a sense of strength and depth.”

Under Little’s leadership Wingate have lost three leagues games and won once, which has left them perilously close to the Bostik Premier drop zone. However, he is confident that a change in fortunes could be coming his side’s way.

Little added: “With the victory on Tuesday night and the increasing size of the squad it definitely feels as though things are beginning to come together.

“It would be great to have a good run in the cup but we can’t get ahead of ourselves and I certainly won’t be getting my suit measured for Wembley anytime soon.

“Anyway the league has to be our priority and hopefully we can use our great performances over the past week as a springboard to launch ourselves back up the table.”