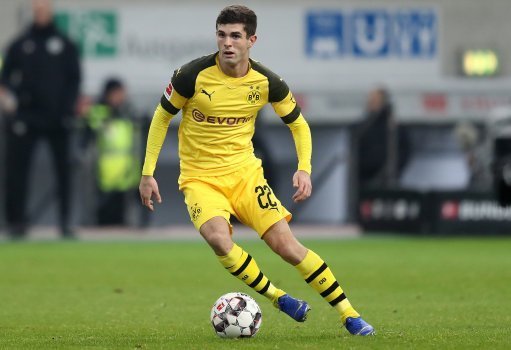 Christian Pulisic’s £58m move from Borussia Dortmund to Chelsea may not have been possible without the influence of Brackley Town.

The 20-year-old has become the most expensive player from the United States and is currently leading Dortmund’s title charge in the Bundesliga.

But the midfielder, who has already made over 100 appearances for the club, owes some of his success to National League North side Brackley.

Pulisic was born in Pennsylvania and was six years old when his mother Kelley received a teaching exchange scholarship to work in England.

Her husband Mark took Christian to local club Brackley in Northamptonshire, where his love for football blossomed.

“It was only one year, but it you look back it was what propelled him into playing the game,” Mark told the Guardian. “Christian went and played for a nearby club team called Brackley Town. The coach, Robin Walker, was a real influence, and we’re still friends to this day.

“Christian went to play in tournaments and really fell in love, became obsessed with the sport. He played every day at school and after school, going out into the playground and kicking the ball around with kids of any age.”