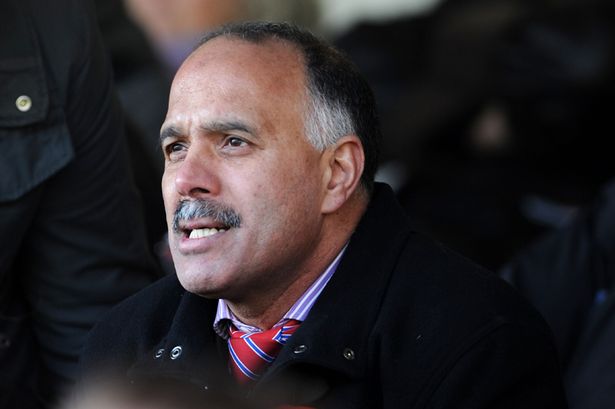 Chairman Shahid Azeem has apologised to the Aldershot Town fans for the club’s relegation, admitting “We have let the whole town down”.

Fancy Aldershot to bounce back – use this bet365 code for a great offer on football and lots more sports.

A 1-1 draw with Hartlepool United ten days ago proved the final nail in the coffin for the Shots and confirmed their first ever relegation in Non-League football.

After two successive seasons in the play-offs, the fans have acted angrily to the club’s fall from grace with some even calling for the head of their once-revered manager Gary Waddock.

But Azeem insists no one person is to blame for their year to forget, insisting the club as a whole must be held accountable for the position it finds itself in.

“As a collective, we have failed, it’s as simple as that,” the chairman said. “From the boardroom down to the management and the players, we have failed and it hurts.

“We have to hold our hands up and I, for one, would like to apologise to all the supporters, sponsors, stake holders and volunteers who have put so much time, effort and energy in making this club successful.

As it is, Aldershot must now prepare for regional football for the first time in 16 years next season, but Azeem says there is plenty of fallout to heal before they can think of bouncing straight back.

Waddock already has one eye on next season it seems having released winger Shamir Fenelon and young full-back Matt Bozier with more, such as front man Matt McClure and right-back Marvin McCoy expected to follow.

“We have two matches left of this season so the focus at the moment is on those and finishing the season as high as we can,” Azeem added. “But once the season is over the post mortem will start.

“We have been working on two budgets for a while now so I don’t envisage that playing in National League South will be that much different on a day-to-day basis. We still plan to train during the day instead of two or three nights a week, but in what capacity is something we need to sit down and discuss.

“All we know is that next season is going to be very difficult so they’ll be no bold pre-season statements from us.

“There are some very competitive teams playing in National League South and Aldershot will be a big scalp for them, so there’s a lot to prepare for.”