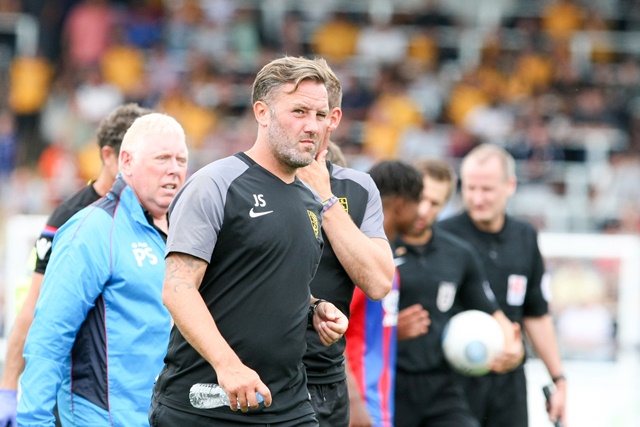 The former Maidstone boss was appointed in February and has led the Gate up the Bostik League table.

He was unbeaten in his first nine games to secure survival for another season at Step 3 although more recently have lost three of their last four.

Talks over extending his time at the club were ongoing, but now it has been confirmed Saturday’s game at Harlow Town will be his last.

“Jay had a very positive impact on the team when he arrived in January to help ensure the Gate did not fall into the relegation dog fight,” a club statement read. “Saunders is now leaving the Club after fulfilling his task of keeping the Gate in the Bostik Premier League. Everyone at the club wishes Jay the best and we thank him for his hard work and professionalism during his time as manager.

“Mike Sandmann has also decided to leave at the end of the season. Mike has been at the club for over two seasons and has had a very positive impact on the team in both a coaching and management role. Again, we wish Mike all the best with his future in the game.

“Now the search for a new manager begins as the club moves into a new phase of development both on and off the pitch. Positive strides have been taken in recent years and these will continue as we look to establish ourselves as a modern, forward thinking and innovative football club.”