Super six from FA Vase and Trophy selected to pitch for Buildbase bounty! 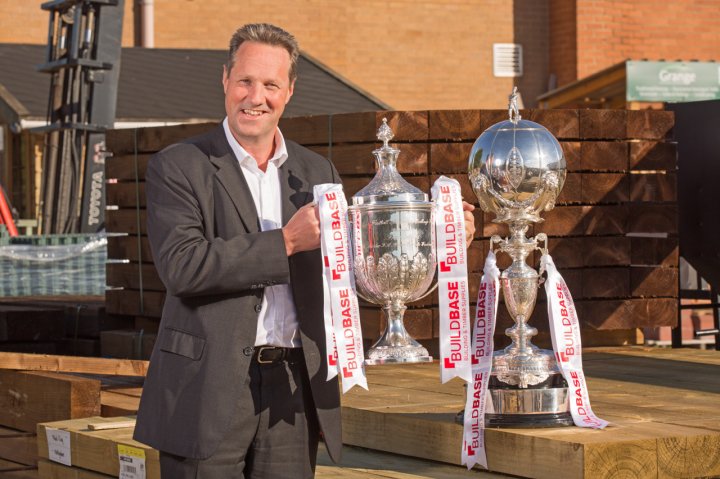 Stowmarket Town and Bridlington Town are looking forward to kicking off in the FA Vase later today after being named among the six finalists in this season’s Buildbase £100k Transfer Deal.

Stowmarket, hosting Stanstead in the third qualifying round, and Bridlington, at home to Stockton, were shortlisted alongside Cottesmore Amateurs and the trio of Barton Rovers, Basford United and Hendon on the FA Trophy side of the sponsor’s annual competition giveaway.

Open to all clubs playing in this season’s FA Trophy and FA Vase, the Buildbase Transfer Deal 2019 hands the winning clubs a share of the pot to renovate their facilities.

The clubs will pitch their plans against each other to a panel of judges at Wembley Stadium on Monday 9 December.

The two winning clubs will walk away with a £25,000 product bursary each, including building, electrical and hire products to renovate their grounds.

As in previous seasons, judges from Buildbase and the Football Association will be looking for the super six to demonstrate how feasible their renovation plans are, as well as how far they go to benefit the club, fans and their wider communities.

As part of the application process, clubs have been working with local Buildbase branches to plan and cost out their entries.

He told the sponsor’s ‘Buildbase Blog’: “Many Non-League football clubs desperately need support to improve their facilities and every year we’re inspired by the passion and vision of those applying.

“It’s a competitive programme and those shortlisted have done exceptionally well to get this far. We look forward to hearing more about their projects at Wembley.”

The Buildbase renovation programme has been running since the builders’ merchant became the title sponsor of the FA Trophy and Vase in 2016. Weymouth and Barnoldswick Town walked away with the competition’s top prizes last season.