Northern League clubs call for a review of Covid-19 restrictions

Posted on 27th October 2020 by admin in Latest News, Step 5 and below with 0 Comments 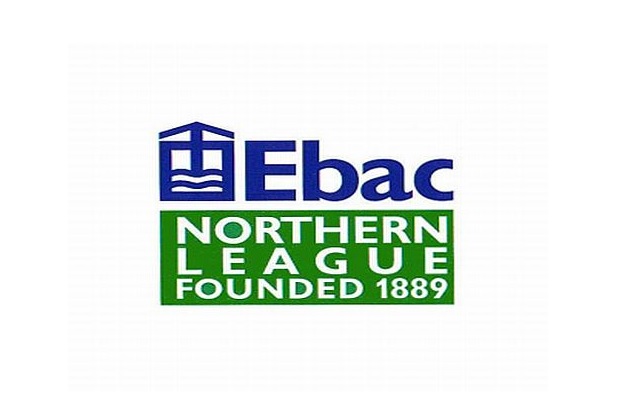 Several Ebac Northern League clubs based in Northumberland and Tyneside have called for a review of the Covid-19 restrictions applied on them.

The current restrictions limit matchday attendances to just 150 as the Durham FA and Northumberland FA imposed additional measures on clubs following a rise in cases of Covid-19 over the last month.

In the letter, the six clubs state that they, along with their Northern League counterparts, have “quickly adapted and complied” with the changes – but state they have had a significant impact on their day-to-day business.

The clubs have listed a number of areas in which the restrictions have been detrimental including the financial impact, managing the limitations, a risk of conflict with supporters and the harm caused to the supporters’ matchday experience.

Also cited as a reason for reviewing the current restrictions is the inconsistency over the level of restrictions placed upon clubs that ply their trade in the Northern League.

Clubs under the North Riding FA and Cumberland FA banners are allowed higher attendances that those of clubs in the Northumberland and Durham FAs – a move that the clubs say allows their opposition to “be in a stronger financial position that others and therefore enjoy a competitive advantage”.

Last week, the Northumberland FA and Durham FA confirmed that the current restrictions will remain in place for another fortnight “as long as there are no more Government restrictions”.

The letter in full read:

We are collectively writing to you as affiliated members of the Northumberland FA and members EBAC Northern League, which operates at Steps 5 and 6 of the National League System (NLS) regarding attendance of spectators at football matches at this level.

On 18 September we were advised that all Clubs at this level affiliated to Northumberland and Durham FAs were required to revert to Stage 1 (15% of ground grading capacity) limitations. The reality of this at Steps 5 and 6 is a maximum of 150 spectators can be present at matches.

On 21 October we received confirmation this is being extended for at least a further two weeks.

It should be noted that at the time of writing, the Northumberland and Durham FA’s are the only ones in the entire country to impose these additional measures. Not even Clubs in regions under Tier 3 government restrictions are operating under these measures.

Whilst this was disappointing news, impacted Clubs in the Northern League have quickly adapted and complied with this change. The impact of this change has been significant for many Clubs – the following list is not exhaustive:

over a season. For Clubs that regularly exceed 150 spectators, the limitations have significantly

impacted match day revenue. Match day revenue can include entry fees, programme sales, bar sales, food sales and other fundraising initiatives which are crucial to providing income. This income has been slashed at short notice and no support provided to Clubs to help to manage the void that is left. The advice to close club houses 1 hour before until 1 hour after the match has further damaged

• Managing the limitations – where Clubs regularly exceed 150 spectators, we have had to introduce

new procedures to manage the limitation. This has required financial investment and time

investment. Where ticketing has been required to manage the situation, Clubs have been hit with fees associated with operating such a service, further reducing income.

• A Level Playing Field – At this time, the 150 limit only applies to Clubs affiliated to the

Northumberland and Durham FAs. This leaves us in the ludicrous situation of North Riding FA and

Cumbrian FA affiliated teams in the same divisions able to have larger crowds for games. How can it

others? This enables those Clubs to be in a stronger financial position than others & therefore enjoy a competitive advantage. This situation is no fault of those Clubs – it is a result of a lack of consideration for the Leagues impacted.

game. Continuation of this support is crucial for the long-term survival of Clubs that operate at the

lower Step levels of the National League System. The current restrictions are affecting the supporter

experience. In particular, the prospect of being turned away at the gate due to a ground being “full” is putting some supporters off even attempting to attend and making others anxious about whether

they will get in.

• Risk of conflict – some Clubs are already experiencing situations where supporters are being turned away at the gate once 150 is reached. The reality on the ground is this is causing conflict. Supporters are unhappy they cannot attend and support their team, and this is taken out on Club volunteers who are being put in this position. Many Clubs rely on volunteers to be able to operate and it would be devastating to hear that volunteers are no longer willing to put themselves in this position. It would be equally devastating if supporters chose not attend games in the future because of this situation.

We ask the Football Associations and Councils involved to immediately review this situation and agree a plan to move us back to Stage 2 limitations as quickly as possible. This is absolutely critical if impacted Northern League Clubs have a chance of survival.

We believe that we can safely operate a match with 300 spectators without breaking any Government guidelines and restrictions in relation to Covid-19. Significant thought, time, effort and money has been spent by all Clubs making their grounds a Covid-19 safe environment. We have already been through the process of proving ourselves at both Stage 1 and Stage 2.

There has been no subsequent evidence of football matches at this level contributing to any Covid-19 outbreaks or increase in cases and not a single case of a Covid-19 outbreak at a Northern League match. In light of this lack of evidence, the decision to remain at Stage 1 does not make any sense.

We would appreciate your consideration of this as a matter of urgency. The future of many Northern League clubs relies upon the current situation changing.