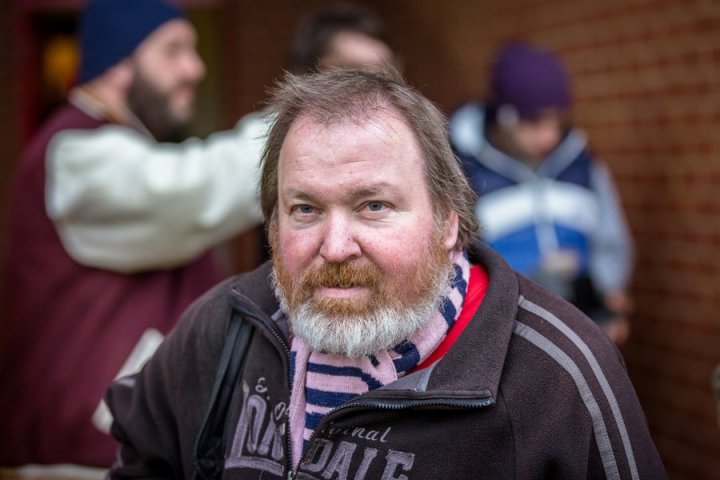 National League South Dulwich Hamlet are mourning the loss of Mishi Morath, one of their greatest fans and a driving force behind their success as one of Non-League’s most community-minded clubs.

Announced on Friday morning, the passing of the lifelong club stalwart known to many as ‘Mr Dulwich Hamlet’ is being widely mourned across Non-League.

Of Hungarian descent, the librarian, poet and keen history buff had been recovering well from a recent operation and had been given the all-clear to return to work, albeit on a part-time basis after suffering a heart attack in February.

As news of his passing spread on social media, fans and officials from a host of clubs sent their condolences and paid tribute to the well-known Champion Hill supporter, pictured.

We honestly don’t know what to say.

Rest up @DulwichMishi, we love you.

A true non league legend. Few will be aware of how much great work Mishi did for the club and non league in general as he didn’t like to speak about it but those that knew will forever be grateful. https://t.co/ZsKRbZkGtB

It's hard to put into words how loved Mishi was, and will remain to be.

He is undoubtably a huge part in our recent success, and a huge part of the culture of the club.

Our loss is immeasurable, but we will always remember you for all the amazing things you did. #DHFC?? pic.twitter.com/agZOGRVyq2

Dulwich Hamlet Supporters Trust joint chair Mark Scoltock paid tribute on behalf of the fans’ group in a statement on their website.

He wrote: “Writing this today, must be one of the toughest things I have had to do during my time on the Trust Board. How can you put into words what Mishi meant to everyone connected to this football club, it is an impossible task.

“It is very difficult not to be sad at a time like this. Personally, I am so proud to have shared, be it a small number of years, not only a spot on the terraces with Mishi but have had the pleasure of being in his company for the many special occasions Dulwich Hamlet has seen in recent years.

“There are too many occasions to mention, the most recent being that not only did he finally get to see us on the telly, he appeared on it!

“We may have now been on TV, but Mishi I am going to ignore your ‘friendly advice’ that I need to edit my “Dulwich Hamlet Will NOT be televised” stencil on the Greendale side of the main stand.

“In his many roles at the club over the years, including serving on the Trust Board, his tireless work has been instrumental and inspired many others, like myself, to volunteer and help create the amazing community football club we are so proud of today.

“Next time you step into Champion Hill look around you; there is no fitting legacy for a great man. Finally, myself and the rest of the Supporters’ Trust Board’s thoughts are with his family and friends at this very sad time. Rest in Peace our good friend. Scolly, joint chair.”

Look out for more news and tributes to the Dulwich Hamlet supporter in The Non-League Paper on Sunday.