ALL EYES will be on Wembley tomorrow for the much-awaited 2019-20 FA Non-League Finals Day.

The four finalists – Concord Rangers and Harrogate Town, Hebburn Town and Consett – have been waiting eight months since winning their semi-finals in September for the big day.

In the build-up, The NLP caught up with The FA’s Director of Professional Game Relations Andy Ambler.

He gives his insight into the challenges of picking a Wembley date ahead of the European Championships this summer, the importance of BT Sport’s full production being free-to-air and explains why the games have to be played behind closed doors. 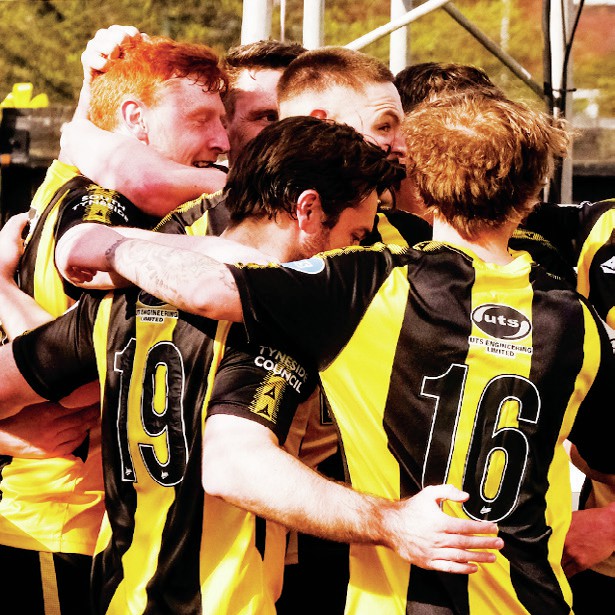 In this year’s final

‘A lot of hard work has gone in to the thought process of why we are where we are.. We’re just delighted to have to have two Wembley days’

The thought at some point of not being able to finish the competition was in a lot of people’s minds because of the way last season went. But I am really delighted everyone has pulled together to get Non-League Finals Day played.

I know it is behind closed doors, which is unfortunate, but a lot of work has gone in to make sure we can play the games – the clubs have been very flexible and really good to work with.

How important is the competition? It is massively important that we have this final at Wembley because it is an opportunity for these clubs that sometimes can only come around once in a lifetime.

We’ve gone all out to make sure these games can go ahead at Wembley. BT Sport will be broadcasting both games live free-to-air on Monday. They’ve been really good supporting the competition and have been very flexible to make sure they made the Bank Holiday Monday available to broadcast it.

That’s vitally important because unfortunately we can’t have fans because we are going through the pilot events that are closely monitored by the Government and Public Health England.

We just couldn’t fit it in either as one of those events – that is very Government-led – or after May 17 when we couldn’t get a date in the diary with all the commitments Wembley has got.

Everybody wants last year’s played before this year’s. Once the Women’s FA Cup Final was put back we snapped up Saturday May 22 for the 2020-21 Non- League Finals Day. We didn’t want to disrupt another season. To get this season’s competition played to conclusion during the current campaign was, again, a really important factor to us. 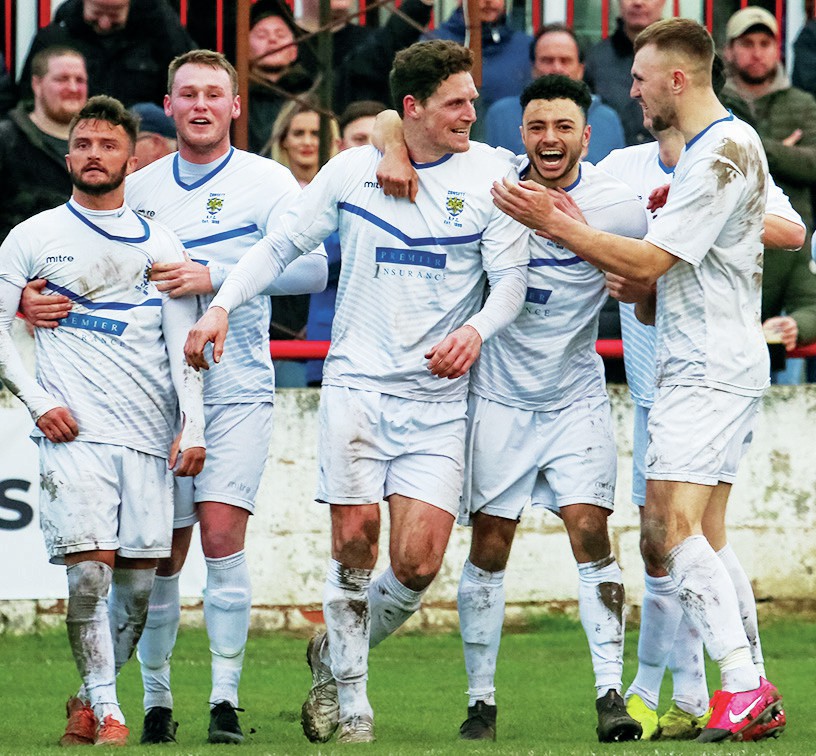 WHITE HOT: Consett are gearing up for tomorrow’s final

Some will say, ‘Why didn’t you put 19- 20 on that date and put this year’s back?’ But when you think we’ve already had players play in the 19-20 competition that won’t be playing for either of the four teams on Monday because they have moved on, I think it’s important for the players who have played their way through to a final this year get the opportunity to play at Wembley this season.

A lot of hard work has gone into the thought process of why we are where we are. We’re delighted to have two Wembley days for the National League System.

It’s not the FA who chose the pilot events. We had lots of meetings with government officials and DCMS and they decided on the games that have been chosen, including last weekend’s League Cup final following on from one of the Emirates FA Cup semi-finals.

We’ve gone from an initial game with just local residents to 4,000 on top of that with two sets of fans. We’re edging towards the Euros which is really important for the whole country for as many people as possible to come and watch England.

That isn’t any disrespect to the National League System. But, in the same way other events like the snooker have been picked by the government, it wasn’t our choice.

The fact it is four set of fans from across the country rather than two, probably puts it in a more difficult box.

This isn’t just a case of turning up and watching a game. Lateral flow testing is mandatory before – a negative lateral flow or PCR test refuses entry – and they ask for PCR testing after. It’s a medical trial to see whether people coming together at football is going to spread the virus. From the work we’ve been doing at Wembley we think it can be safe but until Public Health England say, ‘Yes’, we don’t know.

So it’s not a case of shunning these finals and just not picking them. It’s making sure we got the maximum coverage we could on a Bank Holiday to make sure many people can watch it.

If we’d done it in midweek, players would have needed time off work, we probably would have to kick the Vase off at 3pm and it wouldn’t have got the viewers we hope it will on Monday.

Challenges of putting Non- League Finals Day on in a pandemic

I am thankful the FA Board have allowed us to because it is going to cost money. People all the way down the Pyramid know you need people coming through the gate to open a football stadium. We are no different at Wembley. We’re fortunate we’ve got Buildbase sponsoring the competition and BT Sport supporting too – they have been extraordinary parts in making sure it goes ahead.

The competitions are steeped in history and we can’t have 2019-20 winners to etch onto the trophies ahead of the 2020-21 finals.

We are going to have to cover the costs of opening the stadium and the protocols and I am delighted the FA is ensuring we invest in that.

It’s well-documented how badly the pandemic has hurt The FA. Over four years we think it will cost up to nearly £300million in lost revenue. We had to sadly go through a redundancy process last year where we lost around 130 colleagues throughout the organisation.

That’s why I am pleased that, while we’ve cut costs almost everywhere, we’ve managed to keep the competitions funded through prize money and the finals at Wembley. The FA Board understands the importance of finances for clubs at this level.

It’s been vital for the clubs to receive that prize money. I’m amazed at how well all National League System clubs have coped with the financial constraints. It shows how resilient they are and all credit to them.

We are planning for fans to be present but we can’t push the button yet. There is a lot of analysis that needs to be done by officials on the two games Wembley has already hosted. The fans who came for the League Cup final last Sunday had to take PCR tests five days after and that needs to be analysed in a lab.

I’ve got no reason to think we can’t plan for fans because, as we know, May 17 is when the government have said we are opening up a bit more of the country. But the Prime Minister has been clear only if the figures remain as they are. I watch the figures every day and, with my football hat on, I am desperate for people to be back watching football.

I’m hopeful we can have fans for Non- League Finals Day 2020-21. It will be socially distanced for sure and, while we don’t think attendees will have to go through the same testing process as for the pilot events, we will get clarity as soon as possible.

We wrote to the four clubs before the announcement to say we will work with them and what it means. It is Facebook, twitter and instagram – websites are still live and BT Sport will be offering full coverage. For me, football had to unite on this to send a message.